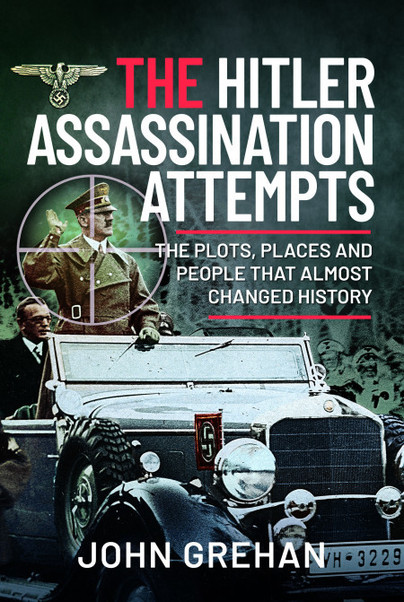 Add to Basket
Add to Wishlist
You'll be £17.50 closer to your next £10.00 credit when you purchase The Hitler Assassination Attempts. What's this?
+£4.50 UK Delivery or free UK delivery if order is over £35
(click here for international delivery rates)

Much had been written about Georg Elser’s bomb in 1939 and Claus von Stauffenberg’s bomb in 1944 - both of which were very significant explosions that only narrowly missed Hitler through bad luck. But there were many other incidents that ranged from genuine proposals through to fully developed plans of action. John Grehan has produced a comprehensive survey of all the known plots - in thirty three chapters covering episodes from 1921 to 1945 he often deals with several plots in each chapter.

Fully supported with extensive references for those who want to dig deeper, this is a fascinating read which tells us much about the world around Hitler and attitudes to him.

This book tells the story of more than 40 assassination attempts of the life of Adolf Hitler. Some of these attempts were more ‘real’ than others, as many were only discussed while others (like the famous ‘Valkyrie’ bombing plot) actually made it to the execution phase. Many of the plotters were arrested and executed when their plans were discovered by the Gestapo, or as in the Valkyrie plot, after their attempts had failed.

Hitler escaped death so many times by varying his behaviors or out of sheer dumb luck that it boggles the mind. He was very conscious of the likelihood of people and organizations wanting to take his life, but even though his security was often lax, his random movements and good luck served him well. There were multiple times where bombing attempts on his special train (the fuhrersonderzug) pulled off on a siding and let other trains on the line go ahead of it. There were also multiple attempts at killing him by bombing venues where he was scheduled to speak. The variety of assassination plots was amazing, as well as the bravery of those who plotted against the Fuhrer with the knowledge that they would likely be arrested themselves and killed.

I gave The Hitler Assassination Attempts four stars. It sheds a lot of light not only on the assassination attempts, but also on life in general in the Nazi police state.

The Hitler Assassination Attempts tries to explain the often many number of attempts to kill Adolf Hitler. Now it seems from reading this book that Hitler was never popular anywhere or with anyone, and this ranged from the ordinary person right up to highly promoted people within his own military. Also it should be said that there were attempts on his life all over Europe, with that being said it is strange how his personal protection was not better or closer. This if you know what Hitler was like as a person should come as no surprise. He was often very narrow-minded in his views and opinions and certainly, his personality never gave him any favours.

In this book the author John Grehan writes very well and informed, the many chapters come across as very concise and snappy, which did make the book very good and a very easy read. Whilst I had heard of many of the attempts before, reading through this book made it feel fresher and more interesting if that makes sense. I enjoyed this book a lot and would certainly recommend it to anyone with an interest in Hitler as the person.

All in all a well researched and informative work which also highlighted how large and intense was the security in keeping the Fuhrer alive - and the luck that also went a long way in doing so!

If you're interested in learning how Germans (and a few foreigners) tried to solve the Hitler problem by violent means when the peaceful ones weren't going to work, this book is perfect for that, and very informative and ideal to familiarise yourself with this topic.

An interesting look at the attempted assassinations of Hitler. The stories are intriguing and a quick read. It was amazing how many attempts were made and the narrow margins by which some failed. They are informative and will satisfy any true crime or historical enthusiast.

I really enjoyed this book by John Grehan. It was very well done and I would definitely recommend this book to anyone. 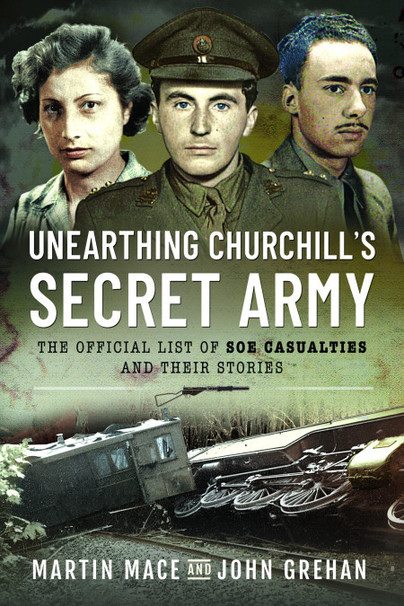 Special Operations Executive was one of the most secretive organizations of the Second World War, its activities cloaked in mystery and intrigue. The fate, therefore, of many of its agents was not revealed to the general public other than the bare details carved with pride upon the headstones and memorials of those courageous individuals. Then in 2003, the first batch of SOE personal files was released by The National Archives. Over the course of the following years more and more files were made available. Now, at last, it is possible to tell the stories of all those agents that died in action.…