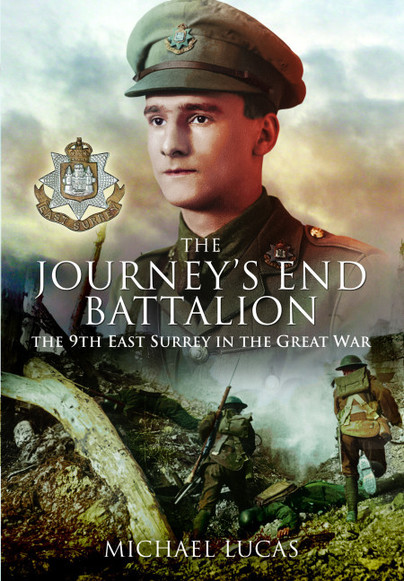 Add to Basket
Add to Wishlist
You'll be £9.09 closer to your next £10.00 credit when you purchase The Journey's End Battalion. What's this?
+£4.50 UK Delivery or free UK delivery if order is over £35
(click here for international delivery rates)

R.C. Sherriff, author of Journey's End, the most famous play of the Great War, saw all his frontline service with the 9th Battalion East Surrey Regiment. This intense experience profoundly affected his writing and, through his play, it continues to have a powerful influence on our understanding of the conflict. Yet the story of his battalion has never been told in full until now. In The Journey's End Battalion, Michael Lucas gives a vivid account of its history. Using official and unofficial sources, diaries, letters, and British and German wartime records, he describes the individuals who served in it and the operations they took part in. He identifies the inspiration for Journeys End and considers how Sherriff delved into his experiences and those of his fellow soldiers in order to create his drama. So not only does the book shed new light on the wartime career of R.C. Sherriff, but it is a valuable record of the operation of a British battalion on the Western Front during the Great War.