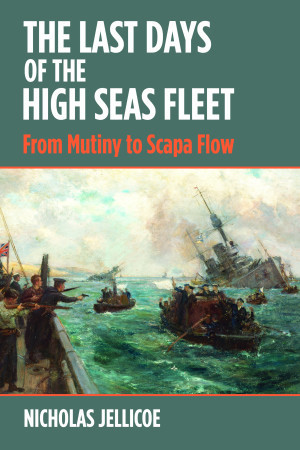 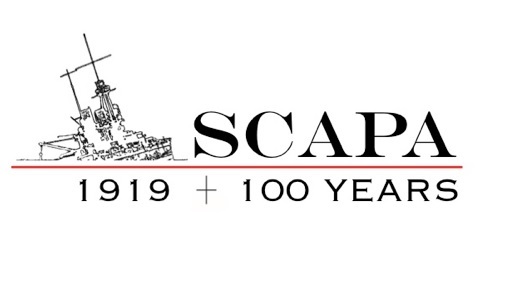 The Last Days of the High Seas Fleet (Hardback)

From Mutiny to Scapa Flow

Shortlisted for The Mountbatten Award for Best Book

You'll be £17.50 closer to your next £10.00 credit when you purchase The Last Days of the High Seas Fleet. What's this?
+£4.50 UK Delivery or free UK delivery if order is over £35
(click here for international delivery rates)

On 21 June 1919 the ships of the German High Seas Fleet – interned at Scapa Flow since the Armistice – began to founder, taking their British custodians completely by surprise. In breach of agreed terms, the fleet dramatically scuttled itself, in a well-planned operation that consigned nearly half a million tons, and 54 of 72 ships, to the bottom of the sheltered anchorage in a gesture of Wagnerian proportions.

This much is well-known, but even a century after the ‘Grand Scuttle’ many questions remain. Was von Reuter, the fleet’s commander, acting under orders or was it his own initiative? Why was 21 June chosen? Did the British connive in, or even encourage the action? Could more have been done to save the ships? Was it legally justified? And what were the international ramifications?

This new book analyses all these issues, beginning with the fleet mutiny in the last months of the War that precipitated a social revolution in Germany and the eventual collapse of the will to fight. The Armistice terms imposed the humiliation of virtual surrender on the High Seas Fleet, and the conditions under which it was interned are described in detail. Meanwhile the victorious Allies wrangled over the fate of the ships, an issue that threatened the whole peace process.

Using much new material from German sources and a host of eye-witness testimonies, the circumstances of the scuttling itself are meticulously reconstructed, while the aftermath for all parties is clearly laid out. The story concludes with ‘the biggest salvage operation in history’ and a chapter on the significance of the scuttling to the post-war balance of naval power.

Published to coincide with the centenary, this book is an important reassessment of the last great action of the First World War.


This is an excellent study of a fascinating event, and really makes one appreciate the scale of the scuttling and its repercussions.

This well written publication gives a very interesting assessment of the German’s sacrifice of its High Seas Fleet.

Jellicoe’s book makes a unique contribution to the historic record of what was the final act of Imperial German sea power.

"The author succeeds in placing the scuttle in its strategic context thereby drawing out its influence on the naval balance of power over the next twenty years."

Superbly illustrated, the book combines an engaging narrative with penetrating analysis. By placing this important event in context, the author makes an important contribution to our understanding of the First World War at sea and its aftermath.

As usual Jellicoe is fair and empathetic to his subjects and writes an accessible account of a complex situation, again perhaps the best available.

All in all this is an excellent historical narrative of the events leading up to the Great Scuttle, the terrible day itself and its aftermath.

The author has clearly been at pains to discover exactly what happened during this eventful period and to explain the different, and sometimes surprising, attitudes displayed by the various personalities who played out the scenes that are described with clarity and respect. I had thought that earlier works, including contemporary accounts, had given me a reasonable understanding of the German Fleet’s internment but this book has added considerably to my knowledge. I was also struck by how well the delicate issues raised have been received in Germany. The events the author describes still have an impact on our modern world and I found some passages to be so absorbing that it was difficult to put the book down. I thoroughly recommend it to naval professionals, who may ponder what they would have done in Von Reuter’s position, students of naval history in general or anyone interested in the wider impact of the peace negotiations in Paris and the Treaty of Versailles. The inability of politicians to achieve the ideal solution to an issue is not a new phenomenon.

Article: 'Scapa Flow: The day the German navy scuttled their warships off Orkney' as featured by

This book is an important reassessment of the last great action of the First World War.

This is an outstanding book of the sort that is difficult to put down. It is very well written and researched, is an easy read, and begs fair to become the Standard Reference Work on its subject. It is likely to have broad reader appeal and to be of interest to Naval and Military Historians and enthusiasts. Readers with an interest in World War I and the Royal Navy may also find it worthy of their attention, while warship modellers may find the images informative.

The author's name jumped out at me as worthy of a look for this one - grandson of Admiral of the Fleet John Rushworth Jellicoe. The family connection to WW1, Jutland and so on definitely lends some weight! This is a very detailed account of the last months of the German High Seas Fleet from the mutinies of 1918 to the internment and scuttling of the Fleet at Scapa Flow and the events afterwards... Also the book itself includes a truly impressive list of appendices, sources and references, so for that reason my 4 stars sneak up to 5!

The author has delivered an excellent account of the fate of the High Seas Fleet which is a compelling read even though the final outcome is known. Throughout he offers a huge amount of detail concerning the ships that were scuttled and the men who did it, all connected to the prevailing political context. That the German Navy emerges with honour is without doubt and within the actions of the officers and men can be seen a need to demonstrate that they were undefeated and evaded the Versailles Treaty on the issue of what to do with the German naval ships. Also an interesting study in Auftragstaktik, where Admiral Reuter had to make decisions based on what he knew rather than rely on specific orders.
A key source on the subject. Recommended.