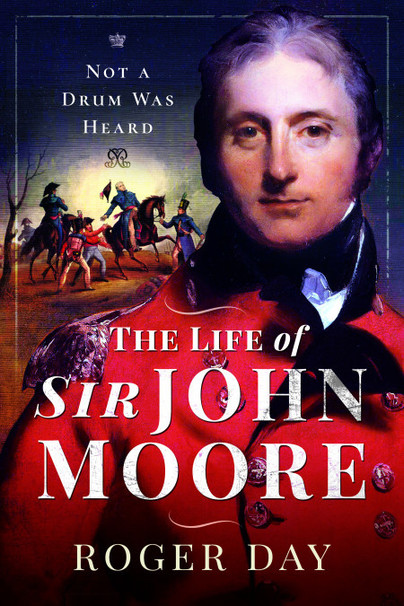 Not a Drum Was Heard

Add to Basket
Add to Wishlist
You'll be £15.99 closer to your next £10.00 credit when you purchase The Life of Sir John Moore. What's this?
+£4.50 UK Delivery or free UK delivery if order is over £35
(click here for international delivery rates)

Roger Day sets the historical background of the Peninsula War with admirable clarity and shows how and why the British Army owes so much to this remarkable man who died so tragically at Corunna at the age of only 48, after conducting the remarkable retreat from Corunna.

Wellington said he owed his subsequent success to Moore. His generalship has for too long been overlooked, largely because of the contemporary political attacks, but Roger Day has now restored him to his proper place in the history of the Napoleonic wars in an excellent biography.

Jon Day is a civil servant who has worked for the Ministry of Defence, the Foreign Office, NATO and the Cabinet Office. This study was begun during a sabbatical Fellowship at Harvard University. Jon lives in Hampshire with his wife and daughter