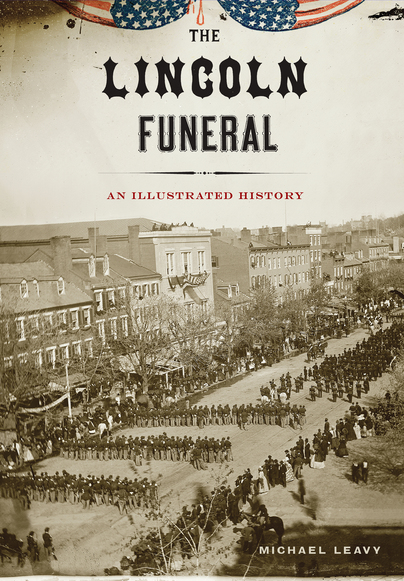 Add to Basket
Add to Wishlist
You'll be £17.50 closer to your next £10.00 credit when you purchase The Lincoln Funeral. What's this?
+£4.50 UK Delivery or free UK delivery if order is over £35
(click here for international delivery rates)

The Civil War stressed the nation economically, politically, morally, and spiritually, as nothing has before or since. It was an overwhelming cataclysm that would have wrecked a lesser nation. It ended with Robert E. Lee's surrender of the Army of Northern Virginia at Appomattox on April 9, 1865. Just as the weary citizens on both sides let their thoughts relax in contemplation of peacetime pursuits came one
final blow. On April 15, a Marylander and outlandish white supremacist, assassinated President Abraham Lincoln. Horrified northerners had vengeful thoughts. But
vengeance would have to wait. The martyred president, contrary to the wishes of his devastated wife and family, would need an appropriate send-off, a funeral to rival that of an emperor. It would be the first American national funeral and possibly the most spectacular of all.

In The Lincoln Funeral: An Illustrated History,artist and historian Michael Leavy presents this solemn, regal, and romantic event in contemporary photographs and drawings, some rarely reproduced. What emerges is a marvel of rapidly formed committees, highly polished trains, and clicking telegraph keys. Cities and towns frenzily tried to out-do each other. Trains and telegraphs drove the event,
producing a near national hysteria that resulted in police having to disperse enormous crowds across the Northeast and Midwest. But this collection of illustrations demonstrates that the Lincoln Funeral was not wholly about pageantry. It was about dealing with intractable grief. People wanted somehow to keep “Old Abe” alive—the man that only a month ago as many despised as revered him. With his death the entire country understood how much he meant to the nation.

On April 15, a Marylander and outlandish white supremacist, assassinated President Abraham Lincoln. The author presents this solemn, regal, and romantic event in contemporary photographs and drawings, some rarely reproduced.