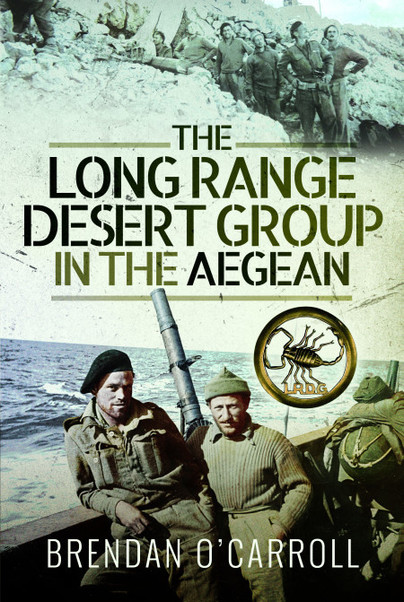 The Long Range Desert Group in the Aegean (Hardback)

Add to Basket
Add to Wishlist
You'll be £25.00 closer to your next £10.00 credit when you purchase The Long Range Desert Group in the Aegean. What's this?
+£4.50 UK Delivery or free UK delivery if order is over £35
(click here for international delivery rates)


Brendon O’Carroll has written an excellent book adding a detailed chapter to the extraordinary history of the men of the LRDG. He has clarified how and why the LRDG came to be deployed in their new role, their training and preparations have clearly been established. This is very useful and aids understanding of not so much a change of role but a need to develop new techniques of surveillance to establish sea and air watch. The book is highly recommended and all the detail contained in the work is dependable, given the extensive knowledge and research of the author. For him it is a labour of love and that is obvious.

O’Carroll provides an interesting and informative read about a little known action by a World War II era special operations unit and an important part of SOF history.

Brendan O'Carroll is a recognised expert on the LRDG, having interviewed more than 30 veterans and written various books about the group. In this body of work, he brings together a collection of individual accounts and information from official sources detailing the dramatic, but costly campaign.

With period maps, photos of the participants and a good bibliography for follow-on studies, the author provides an excellent picture of a neglected campaign of a storied unit.

Meticulously investigated by a world authority on the NZ Long Range Desert Group, this is an indispensable addition to any collection of LRDG or Battle of Leros books.