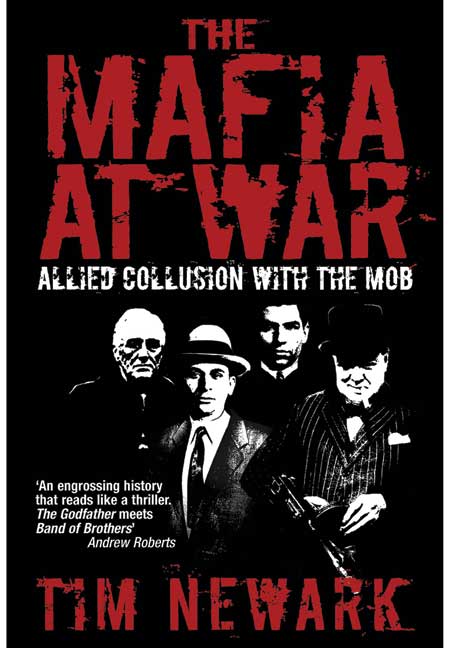 The Mafia at War (Paperback)

Add to Basket
Add to Wishlist
You'll be £14.99 closer to your next £10.00 credit when you purchase The Mafia at War. What's this?
+£4.50 UK Delivery or free UK delivery if order is over £35
(click here for international delivery rates)

The Mafia at War is a dramatic provocative account of how a criminal organisation exploited the grim realities of World War II to revive its fortunes and dominate global crime.

The Mafia is the most powerful criminal organisation the world has ever known. This book tells the epic story of how the Mafia was nearly destroyed by Mussolini, prospered in the US, struck a secret wartime deal with the US government, and then backed a bloody rebellion that nearly turned Sicily into an independent Mafia realm.

It shows how Lucky Luciano won his freedom thanks to mobster help in WWII; how Jewish gangsters clashed with Nazis on the streets of New York; how Mafiosi nearly issued contracts to kill top Nazis – including Hitler; how British 'bobbies' patrolled the deadly streets of Palermo; and how Mafia-backed bandits conducted a guerrilla war for Sicilian independence.

Tim Newark uses current and archived sources, including first-hand intelligence reports by allied agent s dealing with the Mafia , many of which had never been published or cited before. Intelligence agencies from both Allied and Axis powers had some intent to use the Mafia as tools to futher their respective aims. We are treated to an authoritative history of deceit, double-deceit and cover iup. Does the book answer the question of whether the allies did make a pact? It's a great read finding out.

The ongoing fascination with the Italian Mafia is understandable, given that the group is still largely active across the country today. This is an intersting read perfect for those with an interest in Italian military history.

In a tale of humiliation and subterfuge, Mafia at War delves into Italy's past, bringing to light truths that have been kept hidden, until now...