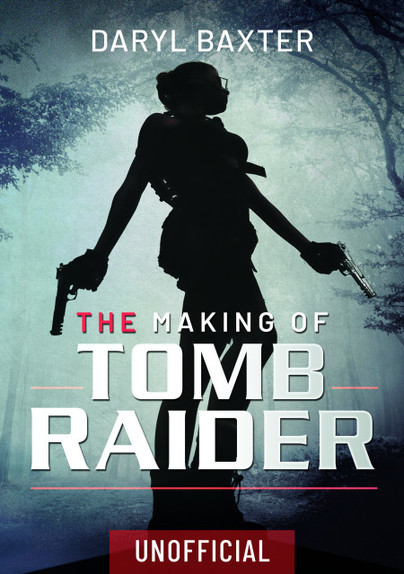 The Making of Tomb Raider (ePub)

Click here for help on how to download our eBooks
Add to Basket
Add to Wishlist
You'll be £9.98 closer to your next £10.00 credit when you purchase The Making of Tomb Raider. What's this?
Need a currency converter? Check XE.com for live rates


I love anything Tomb Raider, so when I spotted this, I just had to read it. This was a great look at what it’s like to design and build a game back in the 90s. I loved the in-depth look at how one of my favourite characters was born. The trials and tribulations. The disagreements and failures. The pictures included really did bring back memories. If you were scared of the T-Rex attack and enjoyed locking the butler in the freezer, then this book is definitely for you. Or if your just into game development then pick this up.

The Making of Tomb Raider is an unmissable and essential read.

Boasting a hardback, 139 A4 pages and 11 chapters, the book focuses on the depths of the first two games in the franchise. Specifically the games that were developed by CORE design. Daryl has taken the time to interview the members responsible for the development of Tomb Raider 1 and 2, and the people involved of those who are alive today. The book recounts interview transcripts that were conducted by himself during the COVID-19 pandemic. What you read within this book, you may have heard of in other forms, but not in the depth where you can literally read this from the horse’s mouth, so to speak.

From the offset, the book invites you to get to know Daryl – Why is he writing this book? What got him into writing? Why does he care 25 years on? This book is a documentary, paying tribute to the games that have shaped his childhood. Within 10 pages of this book, I feel as if I can hear his voice and the excitement in the written word for what he is about to share.

I inhaled this. I'm a huge fan of the early Tomb Raider games and have read and listened to a huge amount of what's been written about their production, story and reception. Despite that, Daryl Baxter's oral history of the making of the first two games finds a niche for itself as a gossipy retelling, rich on technical detail that's sure to delight even the most familiar fan. Disagreements are picked over, differing takes given, and a surprising number of perceived failures admitted to. A great little account of how games were made, back in the day.