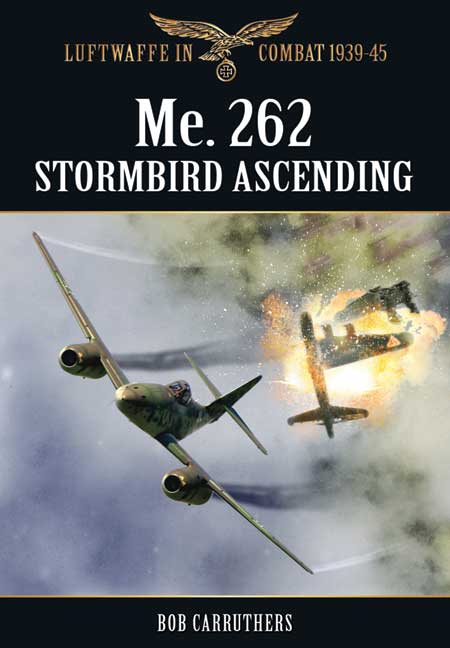 The Me. 262 Stormbird Ascending (Paperback)

Add to Basket
Add to Wishlist
You'll be £9.99 closer to your next £10.00 credit when you purchase The Me. 262 Stormbird Ascending. What's this?
+£4.50 UK Delivery or free UK delivery if order is over £35
(click here for international delivery rates)

This comprehensive overview of the Me.262 was compiled by Emmy Award winning historian Bob Carruthers. It draws heavily on post-war interviews with Luftwaffe pilots and staff officers to produce a fascinating insight into the Me.262 at the
tactical and operational level.

Also featured are rare English translations of contemporary interviews concerning the 262 with Adolf Galland and Hermann Goering, along side the views of test pilot Hans Fey and Flug Kapitan Wendel who flew the aircraft in combat sorties. They provided an absorbing study, from a unique series of primary sources, of the world of the Me.262 and its pilots, and conveys to the modern reader a vivid sense of how they were viewed at the time.

Also included is the complete pilot’s flying manual which affords a fascinating insight from the cockpit into the realities of piloting the world’s first operational jet fighter.