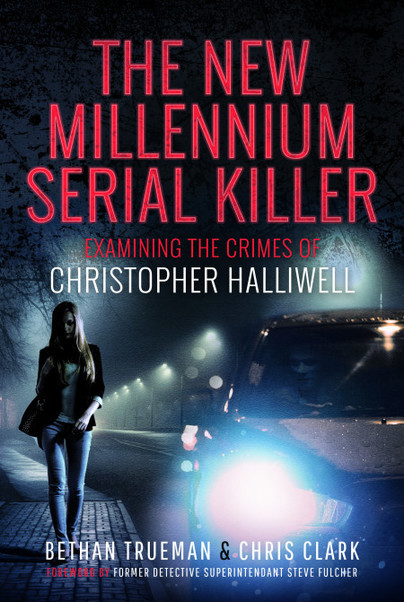 Examining the Crimes of Christopher Halliwell

Preorder
Add to Wishlist
You'll be £16.00 closer to your next £10.00 credit when you purchase The New Millennium Serial Killer. What's this?
+£4.50 UK Delivery or free UK delivery if order is over £40
(click here for international delivery rates)

In March 2011, a major police investigation was opened in the search for missing Swindon local, Sian O'Callaghan. When taxi driver Christopher Halliwell was arrested, Detective Superintendent Stephen Fulcher didn't expect what happened next.

After the body of another missing girl, Becky Godden-Edwards, was uncovered, the police had two murders on their hands and one suspect, but how many more unsolved murders could Christopher Halliwell be responsible for? The hidden cache of around 60 pieces of women's clothing and accessories that he led police to suggests that the number could be much higher than the two murders he has been convicted of.

In The New Millennium Serial Killer, former police intelligence officer Chris Clark and true crime podcast host Bethan Trueman use their in-depth research to present a comprehensive study into convicted killer Christopher Halliwell. Discussing the crimes for which he was convicted but presenting them alongside the unsolved cases of missing and murdered women who fit with his victim type, and who went missing in the areas where he was familiar, from the 1980s to the time of his arrest in 2011. With many jobs over the years which allowed Halliwell to travel to different areas of the UK, along with a passion for fishing and narrow boating, including Yorkshire, East Lancashire, and the Midlands.

With a foreword by former Detective Superintendent Stephen Fulcher, The New Millennium Serial Killer presents a fascinating account of this cruel killer and tells the heartbreaking stories of over twenty women whose cases remain unsolved today, seeking to find justice for their loved ones who are still waiting for answers. Do they remain with Christopher Halliwell and the collection of women's items?

Bethan Trueman is a mother of two who, alongside her day job, is one half of the top true crime podcast Seeing Red. The podcast features discussions about true crime cases with co-host Mark, a new episode is released each week, and the show has been running for almost four years. She is fascinated by the darker side to humanity, and is fuelled by her need for evil people to face justice and to share the stories of the victims. Bethan is an avid reader, and has been writing for pleasure for many years. The New Millenium Serial Killer is her first book.