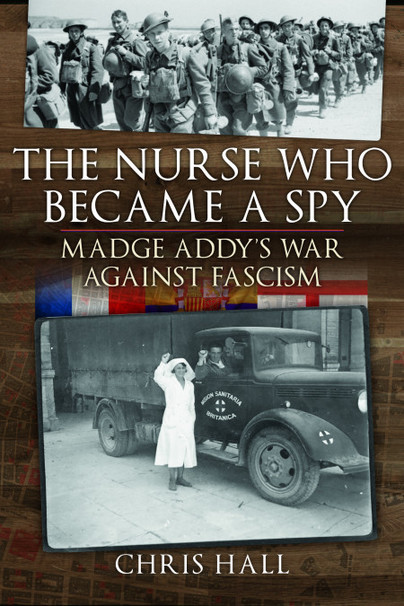 The Nurse Who Became a Spy (Hardback)

You'll be £20.00 closer to your next £10.00 credit when you purchase The Nurse Who Became a Spy. What's this?
+£4.50 UK Delivery or free UK delivery if order is over £35
(click here for international delivery rates)

Author Chris Hall brings to life the remarkable story of a young woman determined to fight against fascism at any cost, including her own life. Remarkable.

5/5 stars
Great Book. Nice bit of local and family history that would otherwise might have been lost. Good succinct backgrounds to world events accompany and emphasise the importance of the life and work of this incredible person.
Great read not just of Manchester folk but everyone who appreciates the hidden courage and talents we all have, but are so often subsumed by the world of work.
I strongly recommend this book.

One tends to consider World War ll in isolation, to forget or not know the events that led to it. In telling his story of nurse Madge Addy, Chris Hall refers to the volatile years between World 1 and World War ll. For instance, the Japanese invasion of Manchuria would eventually lead to the loss of Singapore in 1942. In 1935 Italy invades Abyssinia. In 1936 Germany increases its army to 500,000 men and reoccupies the Rhineland bordering France, invades Austria, and occupies parts of Czechoslovakia: before even thinking of Poland with its defence treaty with Britain.
It's against this toxic background, with three nations rearming, that Spain in 1937 is wracked with civil war. and an ideal place to trial new weapons and air power. In Britian, volunteers join the British brigade to fight in Spain,
there are fund-raising events in Britian for food shipments, ambulances, medical supplies, and medical staff. Madge Addy, a nurse joined a medical team of doctors, nurses with the Republican medical service. She falls in love, is married, and wounded in a bombing raid. Captured and made a prisoner of war. Released and is the last nurse to leave Spain.
Within weeks of the Spain civil war ending, Germany invades Poland on 1st September 1939. Britain with a defence treaty with Poland declares with Germany on 3rd September. Recruited by Operations Executive (SOE), Madge Addy is in Spain assisting British soldiers evading capture and crashed air force crew avoiding capture, fleeing France to reach Gibraltar, with Pat O'Leary's ferry service. Madge Addy full-time secret agent was awarded an OBE and the Croix de Guerre by the French. A well-researched book with photographs describing events which were overshadowed by the horrors of war which followed.

As featured on chorltonhistory.blogspot.com: 'Chris Hall’s book The Nurse who Became a Spy, tells her remarkable story...' full article here 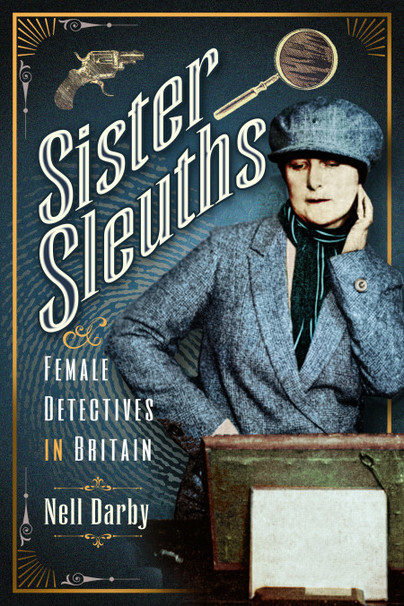 The 1857 Divorce Act paved the way for a new career for women: that of the private detective. To divorce, you needed proof of adultery – and men soon realised that women were adept at infiltrating households and befriending wives, learning secrets and finding evidence. Whereas previously, women had been informal snoops within their communities, now they were getting paid for it, toeing a fine line between offering a useful service and betraying members of their sex for money. Over the course of the next century, women became increasingly confident in gaining work as private detectives, moving…

Click here to buy both titles for £34.99
Customers who bought this title also bought...
Special Offer