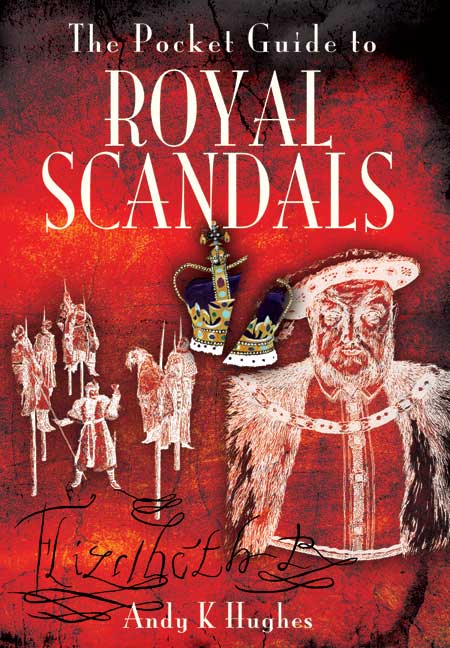 Add to Basket
Add to Wishlist
You'll be £9.99 closer to your next £10.00 credit when you purchase The Pocket Guide to Royal Scandals. What's this?
+£4.50 UK Delivery or free UK delivery if order is over £40
(click here for international delivery rates)

Who said the Royal Family and other sovereigns haven’t been surrounded by scandal for hundreds of years? In a snapshot of history we know that:

• One king beheaded two of his wives
• Another king married his stepmother, and another was murdered by his
stepmother
• One was executed by having a red hot poker shoved inside him
• One killed his son, others had lots of affairs and illegitimate children
• One married his brother’s widow
• One liked the Nazis, an emperor had 40,000 concubines and several
monarchs killed each other.

This book also links royalty to paedophilia, pornography, prostitution, torture, rape, suspicious accidents, spying, murder and execution, and this is just the start! If you want to learn more about the strange goings on of the royals, both in this country and abroad, then here you can read about a queen who lasted just nine days and another who lasted sixty-four years; you can read about one English king who couldn’t even speak English, about several who had child brides and one who even went mad. You will soon realise that the life of a royal can never be described as uneventful.

The Pocket Guide to Royal Scandals recounts some of the more well-known royal scandals of our time, as well as some of the weird stories unknown to many. Plus there is a section on the strange facts of royal history, which includes such information as telling us which queen is represented on a playing card and which king came up with the title of Chancellor of the Exchequer, and even more interestingly why! Yes it’s all here, in this the entertaining book about Scandals of the Royals.

Definitely entertaining - this is a side of royal history that most monarchs would prefer to forget! Modern disasters such as the Charles and Diana saga or the many sayings of the Duke of Hazard (better known as Prince Philip) are backed up by lots of historical examples from across the world. Clearly, royal disasters are nothing new! There are kings who killed their own sons, married their stepmothers, while another king was even executed by having a red hot poker shoved inside him. While one European king managed to survive no less than 55 assassinations, and smoking 150 cigarettes a day, finally dying peacefully in his own bed. Who was called 'Bloody Nicholas?' Which English king couldn't even speak English, Which European king had only 3 baths in his life and which royal family suffered from a 700 year old marital curse? Even many children's nursery rhymes have a scandalous royal history - Little Jack Horner links into the Dissolution of the Monasteries by Henry VIII while Jack and Jill refers to the story of Louis XVI and Marie Antonionette who both lost their heads in the French Revolution. 3 stars.

If you want to learn more about the strange goings on of the royals, both in this country and abroad, then here you can read about a queen who lasted just nine days and another who last sixty-four years; you can read about one English King who couldn’t even speak English, about several who had child brides and one who even went mad. You will soon realise that the life of a royal can never be described as uneventful.

Hughes writes about sexual torture, affairs, weird punishments, gambling, deceit, sexual depravity, arrogance and greed. No longer do we have the News of the World but we have this book instead. What I found very useful is a list of all the English (British) monarchs from William the Conquerer to our long serving Queen Elizabeth 11. 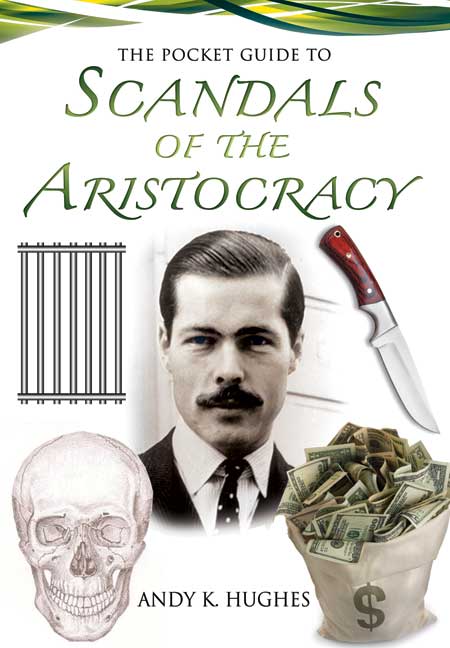 The Pocket Guide to Scandals of the Aristocracy (Paperback)

The aristocracy is full of scandal and intrigue. Lusty lords and naughty nobles have taken our history by storm. In this book you will see why our nobles are not such a noble lot after all. Many have been involved in scandals linked to kidnap, murder, rape, poisoning, cruelty, seduction, avarice, violence, torture and more! Some were happy to hob-nob with Hitler, one spent a fortune on 2,000 male prostitutes, another dressed all his male servants in yellow from head to toe and one changed sex before claiming her (his) aristocratic title. There are tales of blowing hundreds of millions of pounds,…

Click here to buy both titles for £22.98
Other titles in the series...
eBook