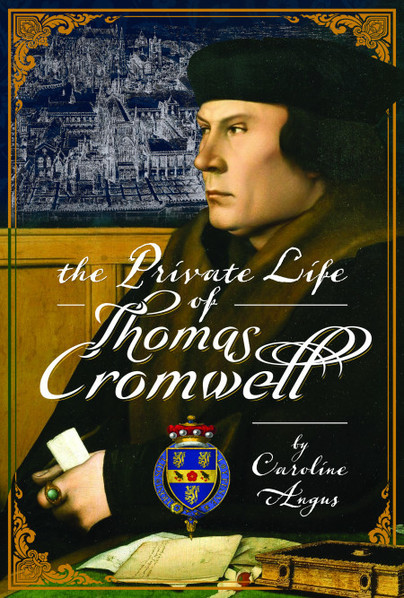 Preorder
Add to Wishlist
You'll be £20.00 closer to your next £10.00 credit when you purchase The Private Life of Thomas Cromwell. What's this?
+£4.50 UK Delivery or free UK delivery if order is over £35
(click here for international delivery rates)

Thomas Cromwell was King Henry VIII’s most faithful servant, the only man the king ever openly regretted executing. But Thomas Cromwell came to royal prominence late in life, and had 45 years of family, friends and experiences behind him before catching Henry’s eye.

Born a common boy at a time of significant change in England in 1485, Cromwell grew up in a happy, close-knit family, before heading to Europe for dramatic adventures. Returning to England a decade later, Cromwell emerged with the skills of a lawyer and merchant, with the European language skills and connections to match. Marriage, children, friends, family and manor homes all furnished Cromwell’s life, a man happy and settled in London. But more beckoned for the Italian-Englishman, when a special friendship with Cardinal Thomas Wolsey grew, along with the attention of the king.

Tragic personal loss affected Cromwell, hidden behind the more-recorded professional accolades. But friendships remained throughout time, changes in allegiance and even religion. Men who had met the young Cromwell stuck close to him through the years, and Cromwell never forgot a single loyal friend. Cromwell’s desire to support his son saw Gregory become brother-in-law to the king himself, only for more tragedy to harm the ever-growing Cromwell family.

Far from the seemingly dour, black-clad, serious man, Cromwell lavished those around him with gifts, parties, extravagant games, entertainments, animals and outfits. But the glamour and beauty of Cromwell’s life would come to a sudden end, leaving a trail of devastated men and women, and an extraordinary manor home, Austin Friars, scattered to the wind.

Using a wide variety of primary material, this exciting biography weaves a new narrative on the indefatigable Thomas Cromwell, illustrating him more vividly than we've known him before.


As a scholar of this period, I was impressed with the detail and vibrancy of this text. The evocations of the 15th/16th century are thoughtful, particularly since we don't have a lot of records of Cromwell by his own hands. Angus here, following on her previous work, puts together a sympathetic and realistic portrayal of a man embroiled in one of the most famous courts in English history. While some historical texts can be dry, the prose here keeps readers' attention. If you enjoyed Wolf Hall or any other Tudor adaptation, you'll appreciate getting more of the history behind what Cromwell and his family went through.

This was an enjoyable and informative book from beginning to end. It was well researched and exploded several myths I had accepted as fact. This is Cromwell, the man, not a saint or even a martyr.

Since encountering Thomas Cromwell in the brilliant Trilogy by Ms Mantel, I have become fascinated by the man who was and still is a big enigma after half a millenium.
The title suggests more on Cromwell's private life than on his politics, however, these two cannot be fully separated. In my opinion Ms Angus manages to supply a reader with enough of both, avoiding rumours or gossips as much as possible. I always find the period before Henry's marriage to Ann of Cleeves hardest to follow but this book provides a rather clear interpretation of Cromwell's involvement. What follows has always buffled me, beheading your best man at court sounds not responsible, to say the least.
Cromwell was a man surrounded by his extended family and friends and was a most loyal supporter to anyone who won his confidence.
I think this book is a perfect fit for anyone who would like to learn more about Cromwell but is not prepared for a scholar read.

King Henry VIII's most loyal servant, Thomas Cromwell, was the only man the king ever openly regretted executing. However, Thomas Cromwell rose to royal prominence late in life, having had 45 years of family, friends, and experiences before catching Henry's eye.

Thomas Cromwell was born in 1485 as a common boy during a period of significant change in England, and grew up in a happy, close-knit family before heading to Europe for dramatic adventures. When he returned to England a decade later, he had the skills of a lawyer and merchant, as well as the European language skills and connections to match. Cromwell's life in London was filled with marriage, children, friends, family, and manor homes. But more awaited the Italian-Englishman as his friendship with Cardinal Thomas Wolsey grew, as did the king's interest.

Thomas Cromwell was affected by tragic personal loss, which was hidden behind the more publicized professional achievements. However, friendships endured despite changes in allegiance and even religion. Men who had met the young Cromwell remained close to him over the years, and Cromwell never forgot a single devoted companion. Cromwell's desire to support his son led to Gregory becoming the king's brother-in-law, only for more tragedy to befall the Cromwell family.

Cromwell, far from being the solemn, black-clad, serious man he appeared to be, lavished those around him with gifts, parties, extravagant games, entertainments, animals, and outfits. But Cromwell's life would end abruptly, leaving a trail of devastated men and women and an extraordinary manor home, Austin Friars, scattered to the wind.

This perfect book weaves a new narrative on the indefatigable Thomas Cromwell, illustrating him more vividly than we've known him before, using a wide variety of primary material.

An amazing and interesting look at the man behind Hillary Mantel’s trilogy and countless other Tudor books. This book is for anyone who is curious to know more about the Tudor statesman often portrayed as a villain to Thomas More’s hero.

This book is very well written and plotted. It is easy to read and presents a balanced and more human representation to the historically maligned Thomas Cromwell. I was very glad to have read this book, for I have always thought that he was much misrepresented by history. It is easy to read and understand and will appeal to those interested in Tudor, medieval history, or just history in general. I very much enjoyed this book.

A good and entertaining biography about Thomas Cromwell, clearly outlying what is really known and what is speculated about Cromwell's life, particularly on his younger years. I learned quite a bit about this extraordinary personality revealing many and sometimes surprising facets. Highly recommended.

After a decade of writing fiction, including the Secrets of Spain series, focusing on the lives of Valencian interviewees between 1939 and 1975, and the more recent Queenmaker Trilogy, eleven years of Thomas Cromwell and his fictional attendant Nicòla Frescobaldi, Caroline is now creating non-fiction works on the surviving papers of Thomas Cromwell. 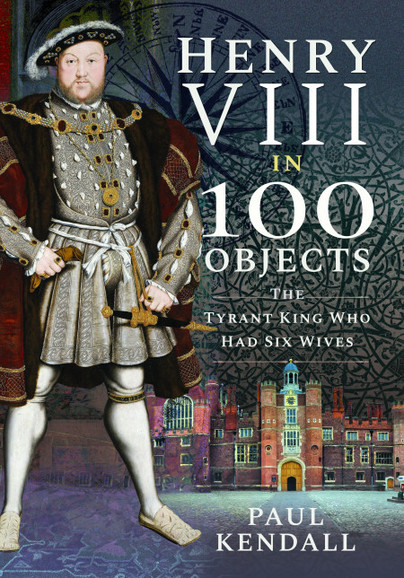 Click here to buy both titles for £40.00
Other titles in Pen & Sword History...
eBook