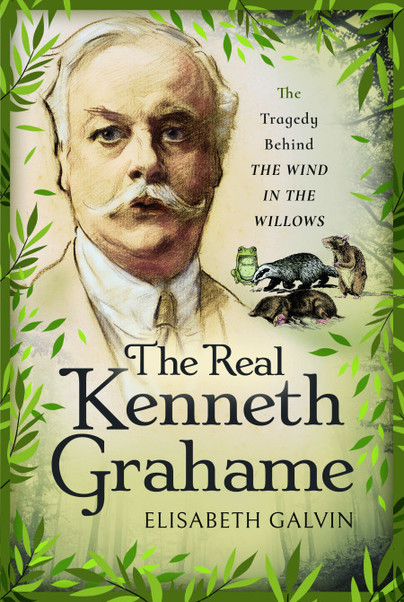 Click here for help on how to download our eBooks
Add to Basket
Add to Wishlist
You'll be £8.99 closer to your next £10.00 credit when you purchase The Real Kenneth Grahame. What's this?
Need a currency converter? Check XE.com for live rates

As featured on Visit Cornwall - read the blog post here.

Elizabeth Galvin has woven together the emotional lives of families, friends, and colleagues with the work of writing, publishing, maintaining a home and place in society in the period with the Grahame family at its centre. In this way, the history of the time is built up alongside the personal misalliances, hopes, fears, successes, and tragedies of Kenneth Grahame. The love of home and security which permeates The Wind in the Willows is shown to have its roots in Grahame’s personal life, but also resonates with a period of change. Kenneth Grahame’s writing, when read through the complexities of his life laid bare by Galvin’s study, becomes even more interesting. Reading The Real Kenneth Grahame, The Tragedy Behind The Wind in the Willows illuminates but does not dominate the way in which Grahame’s fiction can be read. At the same time as Galvin provides an excellent background to understanding Grahame and his writing, the stories retain their charm.

There is a comprehensive bibliography; note for each chapter; an excellent index; photos with explanatory captions; handwritten letters and poetry; and some of the illustrations from The Wind in the Willows.

Elizabeth Galvin's account of the life of the man who created Ratty, Moley, Badger and Toad of Toad Hall brings Grahame's world vividly to life.