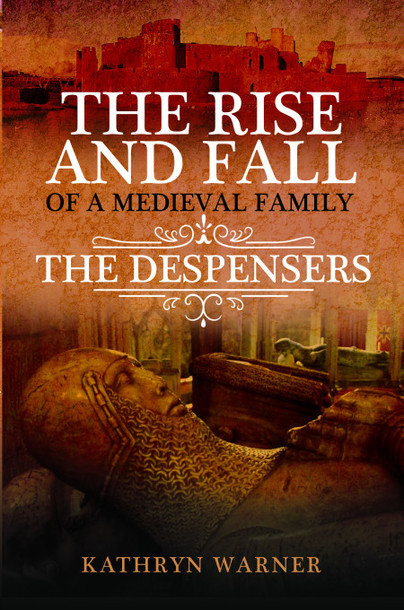 The Rise and Fall of a Medieval Family (Hardback)

Add to Basket
Add to Wishlist
You'll be £17.50 closer to your next £10.00 credit when you purchase The Rise and Fall of a Medieval Family. What's this?
+£4.50 UK Delivery or free UK delivery if order is over £35
(click here for international delivery rates)

I absolutely enjoyed this book a lot! I highly recommend it for people who are into this period of history.

Kathryn Warner's books are always delightfully written and this one is no exception. She tells the story of the Despenser family with skill and verve, giving readers a taste of the bloody, dangerous Middle Ages. Highly recommended to everyone who loves this period, but especially to those who romanticise the past.

Hugh Despenser the Elder is born

Hugh Le Despenser (in full Hugh Le Despenser, Earl of Winchester), also known as Hugh the Elder, was born on 1 March 1261. He died in Bristol on 27 October 1326. He was summoned to Parliament as a baron in 1295.