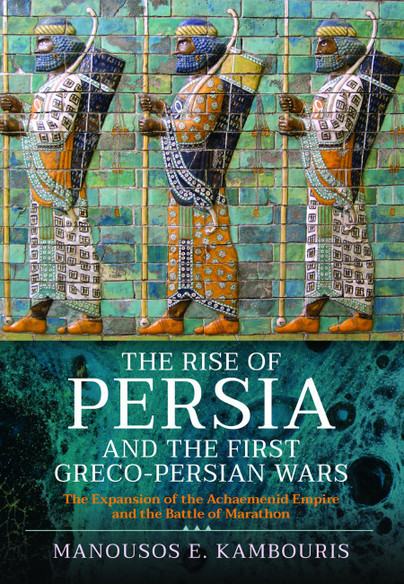 The Rise of Persia and the First Greco-Persian Wars (Hardback)

The Expansion of the Achaemenid Empire and the Battle of Marathon

Add to Basket
Add to Wishlist
You'll be £25.00 closer to your next £10.00 credit when you purchase The Rise of Persia and the First Greco-Persian Wars. What's this?
+£4.50 UK Delivery or free UK delivery if order is over £40
(click here for international delivery rates)

Manousos Kambouris revisits the epic events of the first Greco-Persian War and the Persian invasion of Greece. He gives excellent detail on the Persian perspective and sets the war in the context of the rise of Achaemenid Persia as the superpower of the day and the expansion of their empire into Europe. After relating the earlier Persian campaigns in Europe the author shows how the Ionian Revolt, by the Greeks of Asia Minor already under Persian rule, was instrumental. Darius I, the Persian King of Kings ordered the invasion of Greece ostensibly to punish the Greeks, and more specifically the Athenians, for their support of the Revolt and to contain further insurgencies but in truth to achieve god-ordained world dominance.

Describing the invasion in great detail, the author analyses the king's immense (even if occasionally exaggerated) army, considering its composition and logistical constraints. The campaign leading to Marathon and the decisive battle itself are then clearly narrated. Manousos Kambouris' meticulous research brings fresh insights to this timeless tale of defiance of the odds and victory for the underdog.

Impressive work, historical masterpiece! Everything you need to know about Persia and Greco-Persian escalation.
We need more history books like this one.

This was a great book on the Persian wars and origins of the first East-West conflict of the ancient world. I would recommend this book to scholars for this time period and those who are interested in this conflict.

It's been years since I read a book about Greco-Persian Wars and this was a good way to refresh my memories.
It's well researched and informative, a good way to learn about this historical time.
Recommended.

A fascinating insight into the Greco-Persian wars. This book was enjoyable to read and follow and had scholarly detail on an important part of world history. I learned a lot about ancient history in this book. My knowledge on the Classics is limited to Hollywood blockbusters, so this book helped place the sequence of events into perspective.
The author is an expert in this area of history and has done a great job of writing and provided numerous illustrations to aid the reader. Extensive bibliography has also been provided for those who wish to read around the subject.

Detailed and interesting look at the rise of Persia with interesting discussions diagrams and explanations. Would improve anyone's knowledge of this period of ancient history.

Cyrus the Great and his empire were the first truly continent-spanning empire. Parts of Asia, Africa, and portions of Eastern Europe and the Mediterranean are all united by a common language and governmental system. five hundred years before Rome. The rule of law, written language, and established trade routes spanning the region would lead to a time of growth, learning, and cultural development that would be the greatest in human history up till that point. Fascinating and well worth the read.

I had previously read about the battle of Marathon, but knew very little about what happened prior to it, so this book gave me context and was interesting! 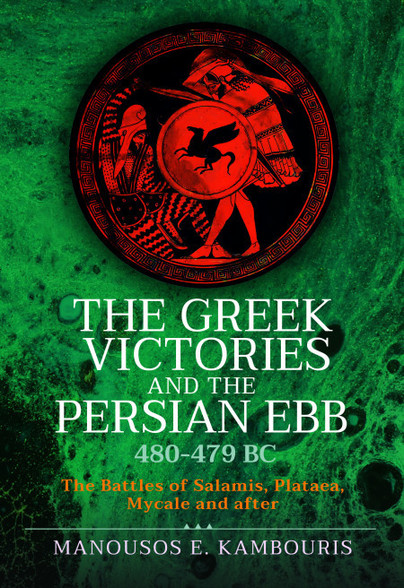 The Greek Victories and the Persian Ebb 480-479 BC The Battles of Salamis, Plataea, Mycale and after (Hardback)

The dramatic conclusion to this trilogy explains the reversal of fortunes and final defeat of Xerxes’ Persian invasion of Greece; not as unlikely as usually presupposed. The focus is on the successful repulse of the Persian massive armada at Salamis, a resounding naval victory with parallels to the English defeat of the Spanish Armada. Along with the backstage policies and cloak-and-dagger events, the analysis of hard data of naval and military realities and environment shows the reason for this outcome and more so of the closely fought double campaign of the following year that ended the Persian…

Click here to buy both titles for £49.00
More titles by Manousos E Kambouris