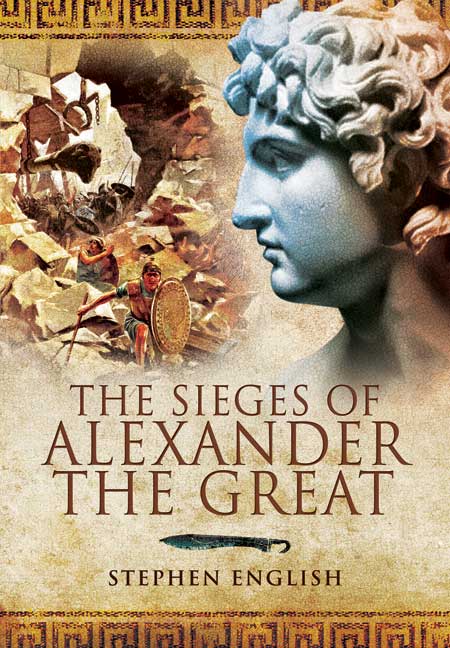 The Sieges of Alexander the Great (ePub)

Click here for help on how to download our eBooks
Add to Basket
Add to Wishlist
You'll be £4.99 closer to your next £10.00 credit when you purchase The Sieges of Alexander the Great. What's this?
Need a currency converter? Check XE.com for live rates

Most of Alexander the Great's thirteen year reign as king of Macedon was spent in hard campaigning which conquered half the known world, during which he never besieged a city he did not take. Alexander's sieges were no less vital, and certainly more numerous, than his famous battles in securing his vast empire and yet there is no book concentrating purely on his many epic sieges and his mastery of siegecraft.

Perhaps the most famous example is Tyre, which had previously successfully withstood a 13-year siege by the Babylonians and which used to be an island before Alexander got there. The artificial isthmus he built to reach it still connects it to the mainland. More obscure, but just as instructive of the conqueror's character, is his last siege at the city of the Mallians, where shamed his reluctant soldiers into action by storming the battlements with just three companions and was severely wounded for his efforts.

Stephen English narrates the sustained drama of each of Alexander's sieges, analyzing tactics and technical aspects, such as the innovative and astoundingly ambitious siege engines used. This volume will neatly compliment his first book, The Army of Alexander the Great, and his proposed third, The Field Campaigns of Alexander the Great, to form a very strong three-volume set.

Dr English's book provides an informed, clear, insightful and easy to follow discussion of Alexander's sieges which allows the reader to understand the historical and political contect, along with the motivation behind the decisions made as well as course of events throughout the sieges. The book is ideally suited to both historical military enthusiasts and academics alike. It provides a good understanding of fourth century siege warfare and an excellent insight into the personality of Alexander the Great.

This is the second entry in a three book series looking at the career of Alexander the Great, and comes between the first volume, on his army, and the third, which will look at his field campaigns and battles (although it isn't necessary to read book one before coming to this one). Alexander's career was littered with famous sieges, from the attack on Tyre that turned it from an island into a peninsula, to the attacks on mountain top fortresses on the eastern fringes of the Persian Empire - indeed he fought many more sieges than major battles.

English starts with a look at the development of siege weapons during this period, including the first use of torsion powered catapults, a technological breakthrough which ended a period in which strong stone walls had been seen as impervious to attack. Alexander was thus able to take advantage of a technological leap to attack some of the strongest fortifications in the Ancient World, without having to rely on starvation or trickery.

English is willing to acknowledge the limits of our sources, none of which are contemporary with Alexander (rather ironically considering how concerned Alexander was with the historical record). In several cases the main sources disagree on the details of events, and we are presented with both versions as well as the author's views. This ensures that we are aware of the amount of uncertainty in any study of alexander.

English is also willing to admit to Alexander's failings and his willingess to learn from them - mistakes being made as late as the famous siege of Tyre, where Alexander failed to protect his own siege works.

This is a well researched and well written look at a key element of Alexander's military career, making it clear where we can't be sure about exactly what happened, while at the same time putting forward credible and well argued suggestions for the most likely course of events.