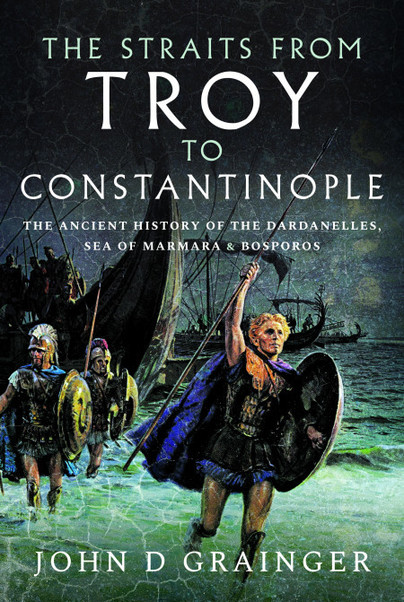 The Straits from Troy to Constantinople (Hardback)

The Ancient History of the Dardanelles, Sea of Marmara and Bosporos

Add to Basket
Add to Wishlist
You'll be £17.50 closer to your next £10.00 credit when you purchase The Straits from Troy to Constantinople. What's this?
+£4.50 UK Delivery or free UK delivery if order is over £35
(click here for international delivery rates)

In ancient times, the series of waterways now known as the Turkish Straits, comprising the Dardanelles (or Hellespont), Sea of Marmara and the Bosporus, formed both a divide and a bridge between Europe and Asia. Its western and eastern entrances were guarded, at different times, by two of the most fabled cities of all time: respectively Troy (in Asia) and Byzantion (or Byzantium, on the European coast). The narrow crossing points at the Hellespont and Bosporus were strategically important invasion routes while the waters themselves were vital routes of travel and commerce, particularly the supply of grain from the hinterland of the Black Sea to the Greek cities. This made them sought after prizes and sources of friction between successive empires, Persians, Macedonians and Romans among them, and ensured they were associated with some of the great names of history, from Odysseus to Xerxes, Alexander to Constantine the Great. John D Grainger relates the fascinating history of this pivotal region from the Trojan War to Byzantion’s refounding as the new capital of the Roman Empire. Renamed Constantinople it dominated the straits for a thousand years.

"A splendid account of the rich history of this region and one for the bookshelf!"

I'm fascinated by the history of the Dardanelles and Bosphoros as they play an important role in ancient history.
This was an informative, well researched and entertaining book that made me learn something new.
Highly recommended.