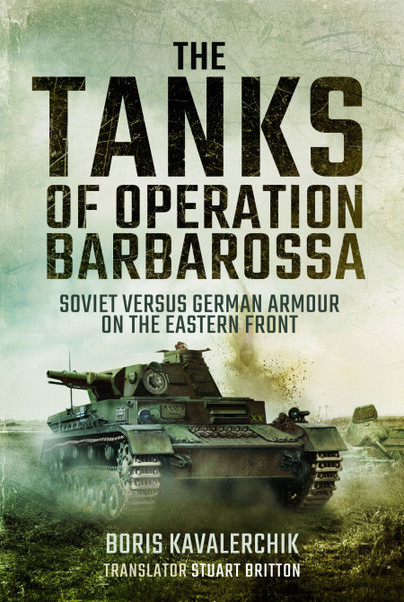 The Tanks of Operation Barbarossa (ePub)

Soviet versus German Armour on the Eastern Front

Click here for help on how to download our eBooks
Add to Basket
Add to Wishlist
You'll be £4.99 closer to your next £10.00 credit when you purchase The Tanks of Operation Barbarossa. What's this?
Need a currency converter? Check XE.com for live rates

When the Germans invaded the Soviet Union in 1941 the Red Army had four times as many tanks as the Wehrmacht and their tanks were seemingly superior, yet the Wehrmacht won the border battles with extraordinary ease the Red Armys tank force was pushed aside and for the most part annihilated. How was this victory achieved, and were the Soviet tanks really as well designed as is often believed? These are the basic questions Boris Kavalerchik answers in this absorbing study of the tanks and the tank tactics of the two armies that confronted each other at the start of the war on the Eastern Front. Drawing on technical and operational documents from Russian archives, many of which were classified until recently and are unknown to Western readers, he compares the strengths and weakness of the tanks and the different ways in which they were used by the opposing armies. His work will be essential reading for military historians who are interested in the development of armoured warfare and in this aspect of the struggle on the Eastern Front.

So much has been written on this subject, and yet this book dispels myths and offers fresh insights in a study of Soviet and German tanks at the
beginning of the war on the Eastern Front. The able text, translated into English is supported by a fascinating selection of images in a photo-plate
section with a number of very informative tables in the body of text.