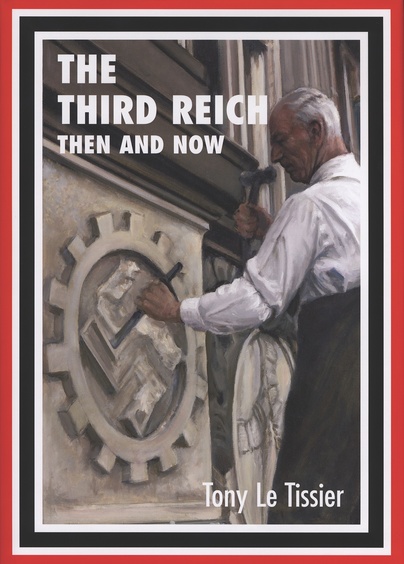 Add to Basket
Add to Wishlist
You'll be £44.95 closer to your next £10.00 credit when you purchase The Third Reich. What's this?
+£4.50 UK Delivery or free UK delivery if order is over £35
(click here for international delivery rates)

In&#8200;this book Tony&#8200;Le Tissier (author of Berlin Then and Now) traces the rise of Hitler, the Nazi Party and its ­ramifications, together with its deeds and accomplishments, during the twelve years that the Third Reich existed within today’s ­boundaries of the Federal Republics of Germany and Austria. The subjects covered include the homes — or sites of them — of the dramatis personnae; the Nazi legends of their martyrs; the sites of the former Third Reich shrines at the Obersalzberg; in Munich; Nuremberg; Bayreuth, and in Berlin; the Hitler Youth schools and the Party colleges; the ‘euthanasia’ killing centres; the ­concentration camps, and much much&#8200;more. Tony then follows the progress of Hitler’s war: from the attack on Poland on September 1, 1939 to defeat in Berlin and the final round-up at Flensburg in May 1945. A final chapter covers the de-Nazification of Germany, the whole volume being illustrated by ‘then and now’ comparison photographs which are the central theme of After the Battle.