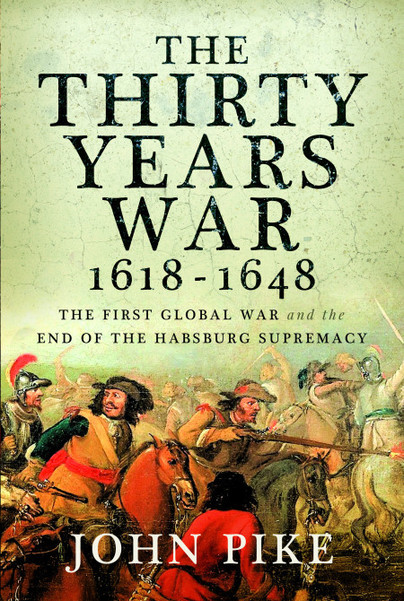 The First Global War and the end of Habsburg Supremacy

The 'Defenestration of Prague', the coup d'etat staged by Protestant Bohemian nobles against officials of the Hapsburg Emperor triggered the Thirty Years War. When Habsburg Spain intervened in support of their Holy Roman Emperor relative, what had started as a localised political and religious dispute in Germany, transformed into a European and global conflict.

In seeking to exploit the Bohemian revolt, Spanish Habsburg revanchist ambitions directed by the Spanish Count of Olivarez at the economically powerful Dutch Republic were allied with the Habsburg Emperor’s counter-reformation ambitions. After the Bohemian defeat at the White Mountain in 1620 the war widened as the Dutch Republic, England, Transylvania, Denmark, Sweden, and Richelieu’s France all intervened to roll back Habsburg hegemony and restore the balance power.

There was extensive fighting across the globe, as the Dutch and English sought to challenge the Spanish Habsburg global monopoly. These colonial wars were a major factor in the Iberian revolutions with brought down the Habsburg Imperium. Professor Charles Boxer called it: “the first world war”.

It was a tragic war of attrition but also an epic story of remarkable individuals including the 'titans’ of the era,' Imperial General Wallenstein, warrior King Gustavus, sinister Count Olivarez, and the masters of international intrigue, realpolitik and diplomacy- Cardinals Richelieu and Mazarin. Above all there were the decisive victories of the under-sung military genius of the era, Lennart Torstensson.

The Treaties of Westphalia followed a war which not only changed the global balance of power, but accelerated over thirty years the transformation of the European continent from a world characterized by dynasties and the medieval concept of United Christendom to a European order that was recognisably modern.

John Pike is a historian, economist and barrister working currently as General Counsel for a Singapore public listed company. He graduated in Politics, Philosophy and Economics (PPE) at Oxford. He has worked variously as a merchant seaman, shipping executive, Investment banker, economist, barrister, general counsel, and for several years as a volunteer agricultural development adviser in Cambodia. He has lived and worked in France, Japan, Germany, Cambodia, Singapore and Burma. He was for some years the Director of economic and investment Research for a major German Bank.

He was called to the Bar at Lincoln's Inn in 2004 thereafter practicing as a barrister out of Lincoln’s Inn, having worked previously for the Serious Fraud Office. His legal practice included contract, fraud, commercial, chancery, and competition law, as well as political asylum cases. In Cambodia at the UN war crimes tribunal in Phnom Penh he was a special adviser to the defence team of Nuon Chea (Pol Pot’s deputy). His academic work on criminal cartels published in 2005 together with Sir Jeremy Lever QC has been cited in various Court of Appeal and Supreme Court Cases and is referenced in most textbooks on competition law.

He is a military historian with deep knowledge of war and weaponry as well as technical, social, and cultural aspects of war, and his historical analysis is informed by his professional expertise in law, economics, and finance.