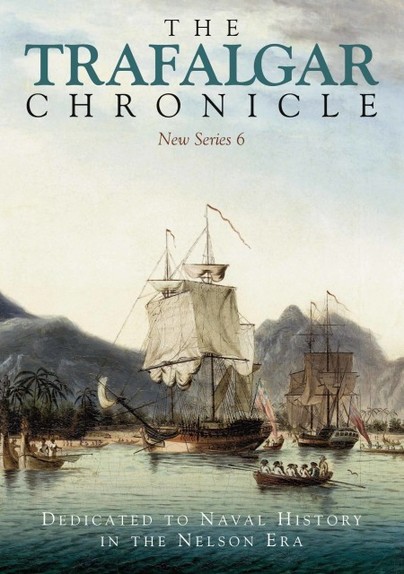 Click here for help on how to download our eBooks
Add to Basket
Add to Wishlist
You'll be £9.98 closer to your next £10.00 credit when you purchase The Trafalgar Chronicle. What's this?
Need a currency converter? Check XE.com for live rates

I was very impressed with the range of articles and the research undertaken by the authors, as reflected in their extensive reference notes. This review has shown me that the two societies are remarkably similar in their aims, size, international membership, and treatment of naval history. Long may they both flourish.

Beautifully illustrated, with a splendid collection of fascinating articles, this edition of the Trafalgar Chronicle is most strongly recommended to historians, researchers, students and all those with a general interest in that momentous, dramatic, unique and colourful period of history.

There is absolutely no mistaking that the authors have researched their subject matter thoroughly and have a love for the period.

Each and every one of the 14 contributions holds a worthy place in this issue and will inform and delight in equal measure; it is another triumph for the three American editors and cannot be recommended highly enough.

Peter A. Clayton - The Nelson Dispatch