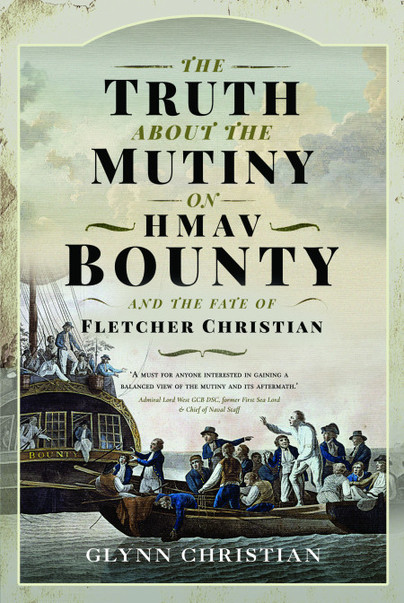 Add to Basket
Add to Wishlist
You'll be £19.99 closer to your next £10.00 credit when you purchase The Truth About the Mutiny on HMAV Bounty - and the Fate of Fletcher Christian. What's this?
+£4.50 UK Delivery or free UK delivery if order is over £40
(click here for international delivery rates)


As featured in: 'A Place to Call Home'

Written by the great-great-great-great grandson of Fletcher Christian and his Tahitian consort, Mauatua, this book is an enjoyable retelling of the Bounty mutiny and its aftermath with some new material added. Royal Navy fans and folks interested in examples of the life of a sailor, or law students interested in following every detail of the courts-martial and punishments will benefit from reading this new entry on the subject.

I have always been interested in the Mutiny on the Bounty so was looking forward to reading this title. I found it extremely interesting and very detailed. It filled in many gaps of knowledge and in turn I found myself exploring the characters more.

View all events View all anniversaries
Other titles in Pen & Sword History...