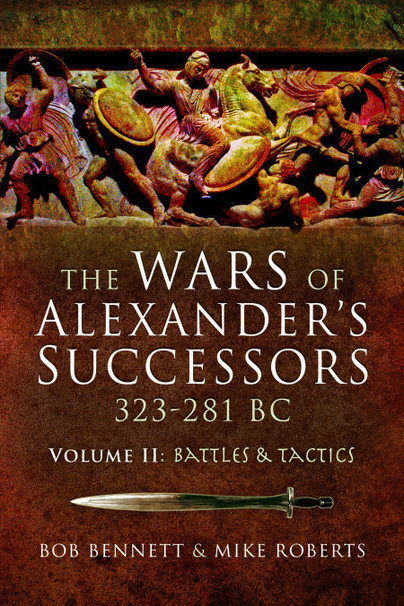 Click here for help on how to download our eBooks
Add to Basket
Add to Wishlist
You'll be £4.99 closer to your next £10.00 credit when you purchase The Wars of Alexander's Successors 323 - 281 BC. What's this?
Need a currency converter? Check XE.com for live rates

When the dying Alexander the Great was asked to whom he bequeathed his vast empire, he supposedly replied to the strongest. There ensued a long series of struggles between his generals and governors for control of these vast territories. Most of these Diadochi, or successors, were consummate professionals who had learnt their trade under Alexander and, in some cases, his father Philip. This second volume studies how they applied that experience and further developed the art of war in a further four decades of warfare. This is a period rich in fascinating tactical developments. The all-conquering Macedonian war machine developed by Philip and Alexander was adapted in various ways (such as the addition of war elephants) by the different successors according to their resources. Siege and naval warfare is also included.

Overall this is a good account of this fascinating period, tracing the rise (and in almost all cases the fall) of the great figures who dominated the Hellenistic World for rather longer than Alexander the Great himself.

Just as in Volume I, the information in this book is priceless for both the history lover and wargamer. To see how exactly the great generals of the time used their elephants, phalanxes, and cavalry in battle is eye opening, and sometimes different then what we think their use was. Many of us also believe that when an ancient battle was being lost there was not much a general at the time could do about it. The fact that Antigonus twice pulled his irons from the fire and came up with victories puts paid on that score... No one with an interest of the military history of the period should be without the set.

This volume covers their armies and the ways in which they fought [...] primarily for those unfamiliar with the period.

The first of two volumes resulting from over a decade of collaborative research work. This provides an absorbing narrative of the wars that were fought by Alexander’s successors from the time of his death to the Battle of Corupedium – Highly Recommended