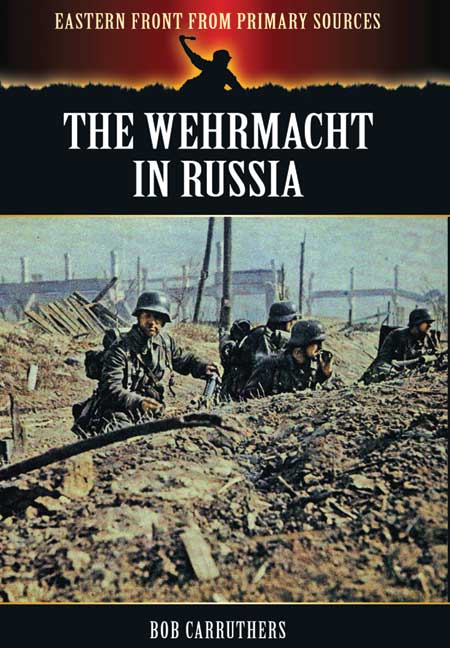 The Wehrmacht in Russia (Paperback)

Add to Basket
Add to Wishlist
You'll be £12.99 closer to your next £10.00 credit when you purchase The Wehrmacht in Russia. What's this?
+£4.50 UK Delivery or free UK delivery if order is over £35
(click here for international delivery rates)

On June 22nd 1941 three huge German army groups launched a surprise attack on Soviet Russia. The most barbaric and brutal struggle in history was about to be played out to the death.

History is always written by the victors, but this is the other side of the coin. Here is the German experience of the war in Russia, a powerful study of that titanic conflict as seen through the eyes of and told in the words of the men who fought and died for Hitler.

Included in this volume are extensive extracts from post-war debriefings of captured German officers concerning the experience of combat on the ground. Also featured are detailed accounts of the attempts to extricate surrounded German forces from the pockets of Klin, Velikiye Luki, Cherkassy and Kamenets-Podolskiy.

Richly illustrated with dozens of photographs and maps, this unique account of the war in the east produces a comprehensive picture of the most titanic campaign in military history from the tactical, operational and strategic view.

Written by Emmy award winning author Bob Carruthers, this is the definitive single volume history of the Wehrmacht on campaign.