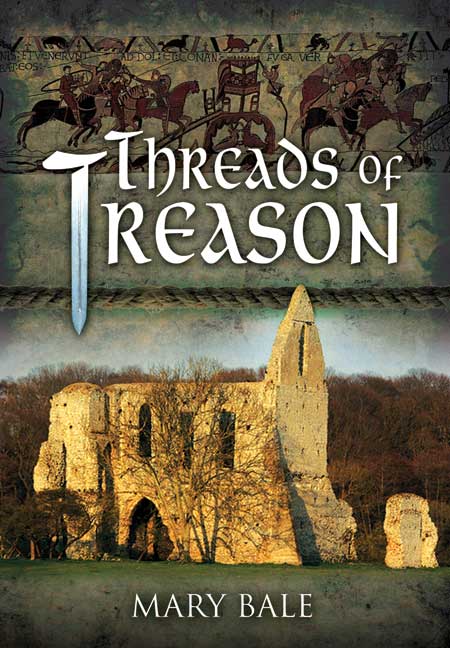 Click here for help on how to download our eBooks
Add to Basket
Add to Wishlist
You'll be £4.99 closer to your next £10.00 credit when you purchase Threads of Treason. What's this?
Need a currency converter? Check XE.com for live rates

When two of the nuns creating the Bayeux Tapestry fall from the tower of the Priory of St Thomas the Apostle, Abbess Eleanor and her protégé, Therese, are sent to investigate. The violent and mysterious deaths stir up a spirit of mistrust and suspicion amongst all those cloistered within the confines of the Priory. Therese, young and inexperienced, is thrown into the center of the tumult as she grapples with the evidence, aided by the maternal Abbess Eleanor. Soon, both are bound by their determination to discover the truth at the heart of this shrouded mystery

As investigations unfold, tensions spark between the Norman Princes and Bishops who act as stalwarts to the shocked community, as well as the conquerors and native Britons who make up this number. Suspicions raised as a result of the investigations add further fuel to the fire of conflict that rages between factions of an already divided society. In this fraught environment, tensions mount, only to be broken by a series of shocking revelations, set to have repercussions both within and beyond the Priory walls...

Mary Bale brings all her research skills to this, her first novel. In it, she recreates the landscapes and attitudes that defined this period of British history, bringing a real sense of crafted authenticity to the page.

Mary Bale was born to RAF parents who took Mary at three months old to California USA. As a toddler she returned to England where she moved about with her parents until settling in Norfolk for many years.

It was while visiting Normandy with her husband and two children that she became fascinated by the links between Britain and that area of France. This led to an over-all deep interest in all things eleventh century and the periods of history prior to then which shaped the politics of the time. She undertook courses with the University of East Anglia to further her studies.

Mary’s children are now grown and she currently lives in Scotland.