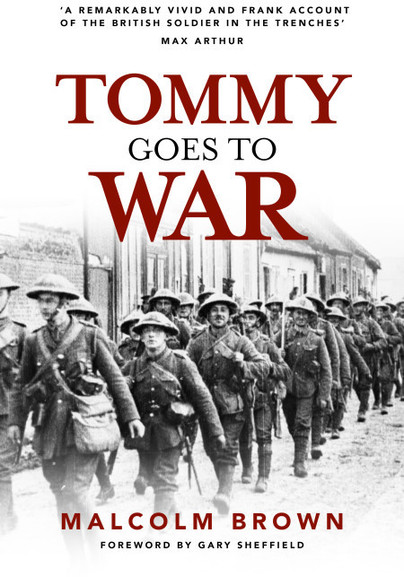 Click here for help on how to download our eBooks
Add to Basket
Add to Wishlist
You'll be £4.99 closer to your next £10.00 credit when you purchase Tommy Goes to War. What's this?
Need a currency converter? Check XE.com for live rates


This is an invaluable book, both for the insights it gives into the attitude and experiences of the British Tommy on the Western Front, and for the impact it had on later authors – this type of book is fairly common now, but not when this book was first published.

The authors brings in the experience of soldier’s when they went into the line, and detail on how fear various between the men, and the experience of shell shock, and the hopes some had for a ‘cushy blighty’, soldier standing orders and more humorous ones such as ‘it is considered very unlucky to be killed on a Friday’.