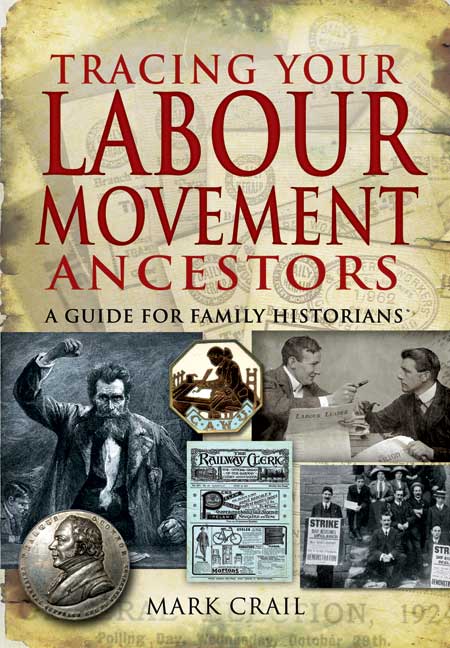 Add to Basket
Add to Wishlist
You'll be £12.99 closer to your next £10.00 credit when you purchase Tracing Your Labour Movement Ancestors. What's this?
+£4.50 UK Delivery or free UK delivery if order is over £35
(click here for international delivery rates)

If you want to find out about the life of an ancestor who was active in the labour movement or was a union member, this handbook will be a fascinating introduction to the subject. Mark Crail provides a graphic and authoritative account of the history of the labour movement in Britain from the early nineteenth century to the modern day. He gives a vivid insight into the key stages in the development of labour relations - the battles fought by labour movement pioneers, the formation of the first unions, the influence of Chartism and the early socialist societies, the rise of the Labour Party and other left-wing groups, and the impact of organized labour on workers’ lives as ordinary people gradually won the right to vote over the course of 200 years. At the same time he describes in detail the various books, museums, archives, websites and other resources that researchers can use to explore labour history for themselves and to uncover the careers and experience of their ancestors. A mass of information is available relating to individuals and to labour history in general, and this handbook is an invaluable guide to it. Tracing Your Labour Movement Ancestors should be essential reading for anyone who wishes to learn about the origins and development of the labour movement and the role of individuals within in.

The book provides a good balance been explanatory history and record contents because this is an area of research often overlooked and rarely addressed in the typical British Isles research guidebook.

The author looks at the growth of the labour movement in Britain from the early-19th century, before considering the voluminous records created by the bodies involved. This is a neatly produced and informative volume that is likely to open new research avenues for the typical family historian.

This is a great survey of its subject, packed with useful background information and practical research advice.