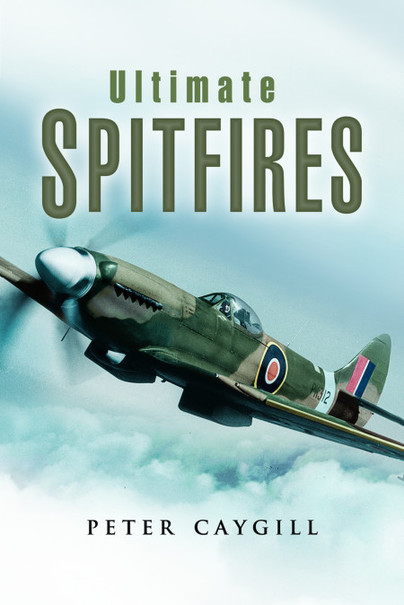 Add to Basket
Add to Wishlist
You'll be £14.99 closer to your next £10.00 credit when you purchase Ultimate Spitfires. What's this?
+£4.50 UK Delivery or free UK delivery if order is over £35
(click here for international delivery rates)

The Spitfire is probably Britain's best loved and admired aeroplane. It is also revered around the world. This book looks at the later marques that were modified for various special tasks and differed to a large degree from Supermarine's first early versions that saw action in the early days of World War II. New and more powerful Rolls-Royce engines replaced the well-tried Merlin, but increased the aircrafts performance in terms of speed and operational altitude. Subtle changes to wing design also increased the manoeuvrability and capability of these spectacular models that survived in the operational role until superseded by the introduction of jet-powered flight. The content explains the design details, development and flight testing of twelve models and also contains their operational roles and history. Lengthy appendices will include Griffon-powered Spitfire aces, V1 rocket destruction aces, Griffon-powered Spitfire losses and where the survivors can be found.

...will be of interest to modelers and aviation historians alike.

First flight of the Supermarine Spitfire

The Supermarine Spitfire, the only British fighter to be manufactured before, during and after the Second World War, was designed as a short-range fighter capable of defending Britain from bomber attack and achieved legendary status fulfilling this role during the Battle of Britain.According to fighter ace J.E. "Johnnie" Johnson it was the best conventional defensive fighter of the war.