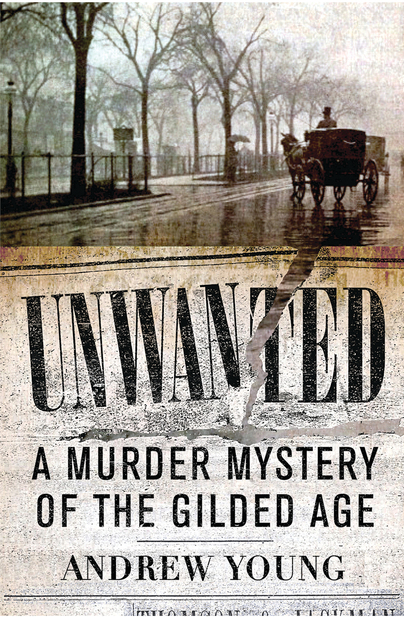 Unwanted: A Murder Mystery of the Gilded Age (Paperback)

A Murder Mystery of the Gilded Age

Add to Basket
Add to Wishlist
You'll be £19.99 closer to your next £10.00 credit when you purchase Unwanted: A Murder Mystery of the Gilded Age. What's this?
+£4.50 UK Delivery or free UK delivery if order is over £35
(click here for international delivery rates)

On the foggy, cold morning of February 1, 1896, a boy came upon what he thought was a pile of clothes. It was soon discovered to be the headless body of a young woman, brutally butchered and discarded. She was found just across the river
from one of the largest cities in the country, Cincinnati, Ohio. Soon the authorities, the newspapers, and the public were obsessed with finding the poor girl’s identity and killer.

Misinformation and rumor spread wildly around the case and led authorities down countless wrong paths. Initially, it mappeared the crime would go unsolved. An autopsy, however, revealed that the victim was four months pregnant, presenting
a possible motive. It would take the hard work of a sheriff, two detectives, and the unlikely dedication of a shoe dealer to find out who the girl was; and once she had been identified, the case came together. Within a short time the police believed they had her killers—a handsome and charismatic dental student and his roommate—and enough evidence to convict them of first-degree murder.While the suspects
seemed to implicate themselves, the police never got a clear answer as to what exactly happened to the girl and they were never able to find her lost head—despite the recovery of a suspicious empty valise.

Centering his riveting new book, Unwanted: A Murder Mystery of the Gilded Age, around this shocking case and how it was solved, historian Andrew Young re-creates late nineteenth-century America, where Coca-Cola in bottles, newfangled movie houses, the Gibson Girl, and ragtime music played alongside prostitution, temperance, racism, homelessness, the rise of corporations, and the women’s rights
movement.While the case inspired the sensationalized pulp novel Headless Horror, songs warning girls against falling in love with dangerous men, ghost stories, and the eerie practice of random pennies left heads up on a worn gravestone, the story of an unwanted young woman captures the contradictions of the Gilded Age as America stepped into a new century, and toward a modern age.


This is a very detailed look at a very brutal crime. The story is based on extensive research of the accounts that remain from the time. I really appreciated the structure of the chapters, with each looking at an aspect of the investigation from start to finish. It’s almost surprising that the identification of the body and the perpetrators was possible given the limited tools the police had available to them at the time. This book should be of interest to those who like true crime or historical crime stories.

This is a very successful narrative of a murder mystery from the late 19th century and provides an excellent read for those curious about murders of the past and the criminal investigations, practices and procedures that followed.