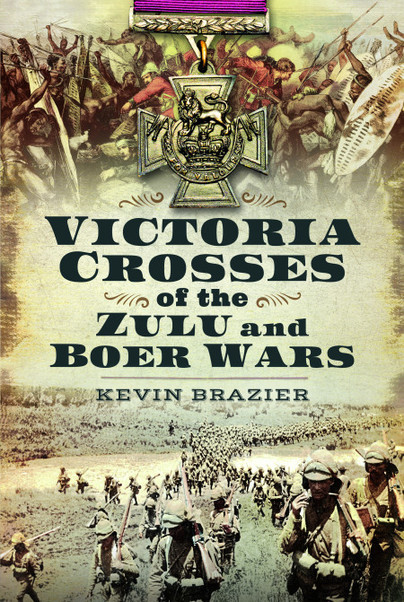 Victoria Crosses of the Zulu and Boer Wars (Hardback)

Add to Basket
Add to Wishlist
You'll be £20.00 closer to your next £10.00 credit when you purchase Victoria Crosses of the Zulu and Boer Wars. What's this?
+£4.50 UK Delivery or free UK delivery if order is over £40
(click here for international delivery rates)

This offering from Pen and Sword covering the Victoria Crosses of the Zulu and Boar Wars, is particularly interesting is that one of my Great Grandfather’s was a 14 year old drummer boy in Africa with the British Army during the period of these wars and so gives me some insight of what he faced and saw as a child serving in the British Army. I do have a very vivid memory of his face, but I cannot remember anything of his actions during these times and books such as these really gives you pause for thought as to the conditions people faced back then and how we judge them unfairly against the standards of today.