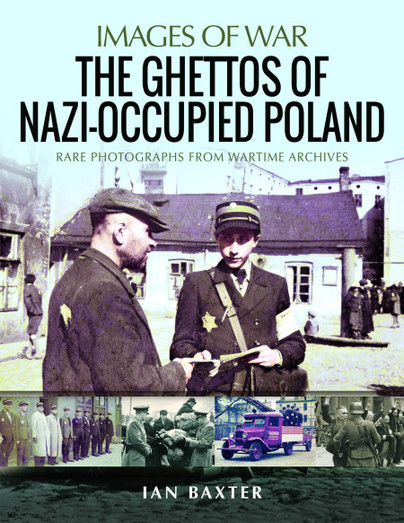 The Ghettos of Nazi-Occupied Poland (ePub)

Click here for help on how to download our eBooks
Add to Basket
Add to Wishlist
You'll be £4.99 closer to your next £10.00 credit when you purchase The Ghettos of Nazi-Occupied Poland. What's this?
Need a currency converter? Check XE.com for live rates

A new book in the very popular Images of War series. The many images present the stark horror of life in the ghettos that became holding camps until the population could be transported to the death camps – Very Highly Recommended

A story that must never be forgotten.

Baxter has used contemporary photographs, which make for harrowing views of people and place. What makes things worse, is that today we know that these ghettos were nothing more than holding stations for Jews before being moved to extermination camps. The pictures show the reality of life in those ghettos for the residents and the conditions which deteriorated by the day.