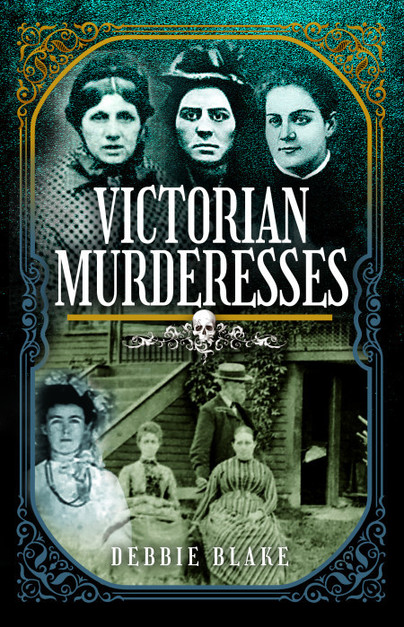 Preorder
Add to Wishlist
You'll be £16.00 closer to your next £10.00 credit when you purchase Victorian Murderesses. What's this?
+£4.50 UK Delivery or free UK delivery if order is over £40
(click here for international delivery rates)

The Victorian belief that women were the ‘weaker sex’ who were expected to devote themselves entirely to family life, made it almost inconceivable that they could ever be capable of committing murder. What drove a woman to murder her husband, lover or even her own child? Were they tragic, mad or just plain evil?

Using various sources including court records, newspaper accounts and letters, this book explores some of the most notorious murder cases committed by seven women in nineteenth century Britain and America. It delves into each of the women’s lives, the circumstances that led to their crimes, their committal and trial and the various reasons why they resorted to murder: the fear of destitution led Mary Ann Brough to murder her own children; desperation to keep her job drove Sarah Drake to her crime. Money was the motive in the case of Mary Ann Cotton, who is believed to have poisoned as many as twenty-one people. Kate Bender lured her unsuspecting victims to their death in ‘The Slaughter Pen’ before stripping them of their valuables; Kate Webster’s temper got the better of her when she brutally murdered and decapitated her employer; nurse Jane Toppan admitted she derived sexual pleasure from watching her victims die slowly and Lizzie Borden was suspected of murdering her father and stepmother with an axe, so that she could live on the affluent area known as ‘the hill’ in Fall River, Massachusetts.

This book covers a lot of interesting cases for true crime fans but, for me, what was most interesting was learning how the women were treated by society and by the law. On one hand, women had fewer rights than men but, on the other, it was beyond belief that women (especially mothers) were capable of such crimes so they were deemed to be insane. The book also highlights how few options women had in terms of how they could support themselves financially, and how exposed they were if their husbands left them. The author does a great job of breaking down the cases and how they were investigated, making each chapter a complete and satisfying read.

Very very interesting book about murderesses in the Victorian age. The only one I knew about was Lizzie Borden. The others were new names to me. I really enjoyed reading about how these seemingly normal women were able to disguise themselves and commit murder. Especially Jane Toppan. Wowza!

This book is super interesting and you cannot put it down! My interest in Victorian murderesses is that examining the conditions surrounding it reveals the social conditions of the time more accurately than any other indicator. In early 20th cent. Alexandria (Egypt), two sisters murdered countless women for their gold and buried them in their houses (they moved a lot). The families of these women were ashamed to report the missing women for fear of shame - so the murders went undetected for many years. The research in Victorian murderesses is thorough and the writing is clear. The author holds the narrative very well. Now if you love reading mysteries, this is your book!

The Victorian Murderesses gives a chilling insight into these women’s lives.
We are given the circumstances that caused them to commit there murders and are taken through there trials.
If you are curious about Victorian history especially the darker side this is a fascinating and sometimes a horrific look into the past.

From Kate Binder to Lizzie Borden the Victorian era True Crime stories in this book are not copy and paste… I repeat they are not copy and paste they are well researched with multiple things I didn’t already know about the stories. This is a hodgepodge of international female criminals some I had heard of and others I did not but all are very interesting. This is a book I totally recommend to any True Crime fan.

This was a well written and often dark story of women who murdered in the Victorian era and bizarrely it was really enjoyable, which always seems odd when you are discussing true crime. There were some women in here that I had heard of such as Mary Ann Cotton as I had seen a drama based on her crimes and Lizzie Bordon, and some that I hadn't heard of such as Mary Ann Brough, Jane Toppan and Kate Bender but reading this book made me want to find out more about them.

Debbie Blake does a killer job of researching, writing, and contextualizing the 19th century female killers in this book.
Victorian Murderesses includes the entire story of each woman's life, including the reasons that they committed each murder. British and American murderesses are including Lizzie Borden. Money, sex, and anger are prime motivators.
The 19th century was a time when the idea of a woman committing an act of homicide was abhorrent to all since women were not thought to be capable of such madness.
This book adds to the body of work in Women's Studies, women's lives and the cultural milieu that could not see women as killers - and once they were thought to be so - the animals that they are then seen as.

I loved this book. I cannot wait to purchase the actual book. An interesting account of Victorian murderesses that will interest any true crime or history fan. This book was so entertaining and informative!

Debbie Blake is a freelance writer whose historical articles have been published in various publications in the UK, Ireland, Canada, and the United States. She has written articles for the internet and runs two blogs Women’s History Bites and The Wee History Blog. She is the author of Daughters of Ireland: Pioneering Irish Women and The Little Book of Tipperary, published by The History Press. 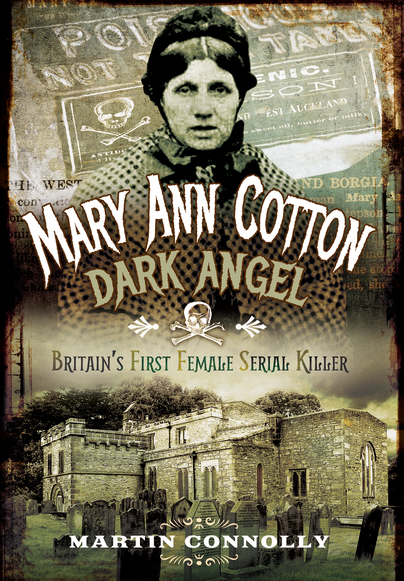 A female thief, with four husbands, a lover and, reportedly, over twelve children, is arrested and tried for the murder of her step-son in 1872, turning the small village of West Auckland in County Durham upside down. Other bodies are exhumed and when they are found to contain arsenic, she is suspected of their murder as well. The perpetrator, Mary Ann Cotton, was tried and found guilty and later hanged on 24 March 1873 in Durham Gaol. It is claimed she murdered over twenty people and was the first female serial killer in England. With location photographs and a blow by blow account of the trial,…