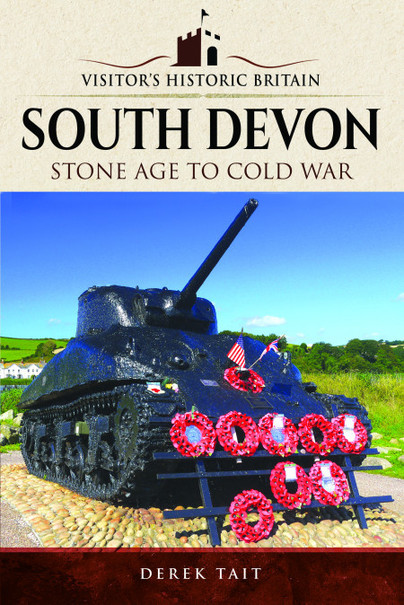 Click here for help on how to download our eBooks
Add to Basket
Add to Wishlist
You'll be £4.99 closer to your next £10.00 credit when you purchase Visitor's Historic Britain: South Devon. What's this?
Need a currency converter? Check XE.com for live rates

South Devon is steeped in history from prehistoric settlements, standing stones and Roman occupation, to the sites of Civil War battles and the various departure points of troops leaving for D-Day during the Second World War.

Woolly rhinoceroses and woolly mammoths, as well as prehistoric deer and lion once roamed the area now known as Plymouth, while at Sidmouth, on the Jurassic coast, jaw bones and teeth from carnivorous reptiles that pre-date the dinosaurs have been discovered.

During its diverse history, Sir Francis Drake played bowls on the Hoe as the Armada arrived, the Pilgrim Fathers left from the Barbican in Plymouth and headed to the new world in America and prisoners during the Napoleonic Wars lived freely with the residents of Ashburton. Famous residents have included Sir Francis Drake, Sir Walter Raleigh, Vice-Admiral Sir Thomas Masterman Hardy , Sir Arthur Conan Doyle, Nancy Astor and Agatha Christie.

The area is home to the notorious Dartmoor prison, as well as home to well-known institutions such as Buckfast Abbey and Dartmouth Royal Naval College.

This book covers a period from prehistoric times, and the earliest discovery of human remains in the UK, to the numerous conflicts and battles that have taken place in the area, as well as discussing the many people who have influenced South Devon over the years.