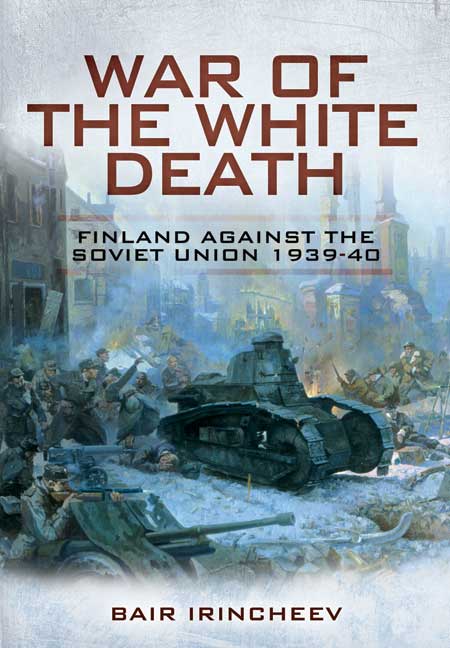 War of the White Death (Hardback)

Finland Against the Soviet Union 1939-40

Add to Basket
Add to Wishlist
You'll be £19.99 closer to your next £10.00 credit when you purchase War of the White Death. What's this?
+£4.50 UK Delivery or free UK delivery if order is over £35
(click here for international delivery rates)

On 30 November 1939 Stalin's Red Army attacked Finland, expecting to crush the outnumbered, ill-equipped Finnish forces in a matter of days. But, in one of the most astonishing upsets in modern military history, the Finnish defenders broke the Red Army's advance, inflicting devastating casualties and destroying some of the divisions that had been thrown against them.
Eventually, in March 1940, the overhauled Red Army prevailed through the deployment of massive force. The Finns were compelled to cede territory and cities to their overbearing neighbour, but the moral victory was theirs. The courage and skill their army displayed in the face of the Soviet onslaught – and the chaotic and reckless performance of their opponents - had an important influence on the massive struggle that was about to break out between Nazi Germany and the Soviet Union.
For this highly illustrated and original portrayal of this famously unequal struggle, Bair Irincheev has brought together a compelling selection of eyewitness accounts, war diaries, battle reports, and other records from the Finnish and Russian archives to reconstruct the frontline fighting, and he analyses the reasons for the Red Army's poor performance. Never before has the harsh reality of the combat in the depths of the northern winter been conveyed in such authentic detail. The arduous daily experience of the troops on both sides, the brutality of combat and the constant struggle against the elements are recalled in the words of the men who were there.

In summary, this book does a great job in answering the key questions about this war. The reader garners real insight into the reasons why the Finns were so effective in defence and why the Red Army was unable to make progress against a foe that, on paper, looked like
‘something of a pushover’. There is one issue that does get in the way of a smooth assimilation of the content though. The maps assume a familiarity with Finnish geography. There is no large scale overview of the entire theatre of operations and little cross referencing of the text to the localized maps that are included. Putting this minor irritation to one side however, I would recommend this fascinating book to anyone
who wants to know more about a conflict that had such profound implications for the conduct of what Russians call the Great Patriotic War 1941-1945.

Hearing the words of the men who actually fought in the war gives this book a great authenticity... This book would make a great basis for a documentary series. No higher compliment can I pay it!