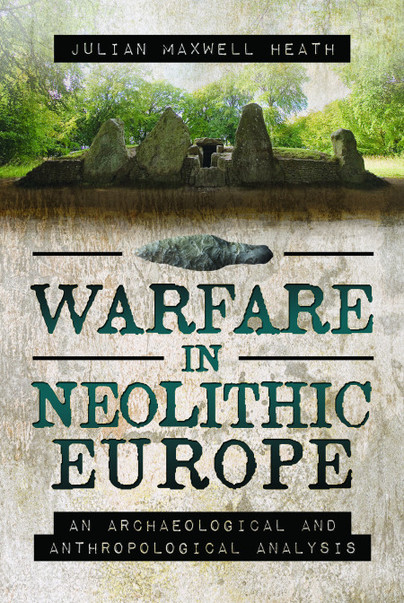 An Archaeological and Anthropological Analysis

Click here for help on how to download our eBooks
Add to Basket
Add to Wishlist
You'll be £4.99 closer to your next £10.00 credit when you purchase Warfare in Neolithic Europe. What's this?
Need a currency converter? Check XE.com for live rates

The Neolithic ('New Stone Age') marks the time when the prehistoric communities of Europe turned their backs on the hunter-gatherer lifestyle that they had followed for many thousands of years, and instead, became farmers. The significance of this switch from a lifestyle that had been based on the hunting and gathering of wild food resources, to one that involved the growing of crops and raising livestock, cannot be underestimated. Although it was a complex process that varied from place to place, there can be little doubt that it was during the Neolithic that the foundations for the incredibly complex modern societies in which we live today were laid.

However, we would be wrong to think that the first farming communities of Europe were in tune with nature and each other, as there is a considerable (and growing) body of archaeological data that is indicative of episodes of warfare between these communities. This evidence should not be taken as proof that warfare was endemic across Neolithic Europe, but it does strongly suggest that it was more common than some scholars have proposed. Furthermore, the words of the seventeenth-century English philosopher, Thomas Hobbes, who famously described prehistoric life as 'nasty, brutish, and short', seem rather apt in light of some of the archaeological discoveries from the European Neolithic.

Excellent book for those interested in the main topic. Not surprisingly, there is a plethora of evidence for war like behavior in prehistoric non-state societies. If you enjoy reading about neolithic fortifications, arrowheads stuck in human skeletal remains, cranial fractures and mass graves this book is for you. I consider that only the most delusional would walk away from the consideration of the evidence reviewed herein and hold on to the belief that our neolithic ancestors were a happy go lucky bunch that welcomed all others with open arms.

This is a good synthesis of the most recent knowledge on the subject, embellished with some black and white photographs.

This is not a book for the faint-hearted. Only the fact that the Neolithic period (~2000-9000BCE) was a long time ago slightly lessens the horror of mass deaths by clubbing, torture, and/or being shot full of arrows, as evidenced by examination of bones and DNA in Neolithic burial sites...

Interesting, but not happy reading.