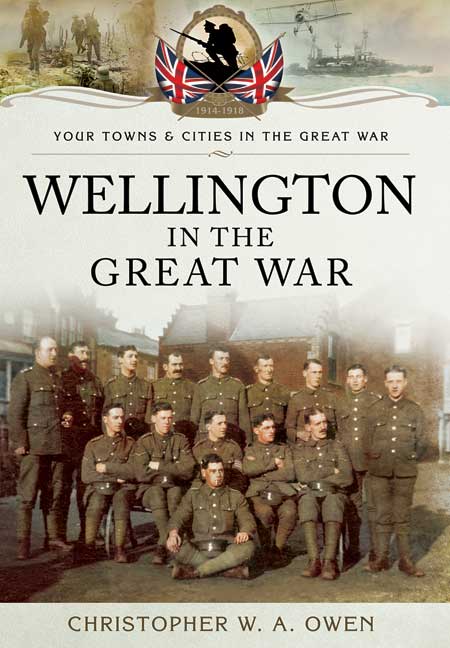 Wellington in the Great War (ePub)

Click here for help on how to download our eBooks
Add to Basket
Add to Wishlist
Get Wellington in the Great War (ePub) for FREE when you purchase 2 other eBooks.
Need a currency converter? Check XE.com for live rates

How the experience of war impacted on the town, from the initial enthusiasm for sorting out the German Kaiser in time for Christmas 1914, to the gradual realization of the enormity of human sacrifice the families of Wellington were committed to as the war stretched out over the next four years. A record of the growing disillusion of the people, their tragedies and hardships and a determination to see it through.

'Read more about the war' as featured by

Part of the ever expanding Towns & Cities in the Great War series. This volume tells the story of the small market town of Wellington in a rural farming area of Shropshire. The book provides detailed personal stories of those who served, as well as describing the effect the war had on those left at home. This is another good local history.

'Chris Owen's approach is the one to make the most compelling book, concentrating so far as possible on the human stories and anecdotes to bring that period of life through the experiences of those who lived it and, of course, died in it as well.'