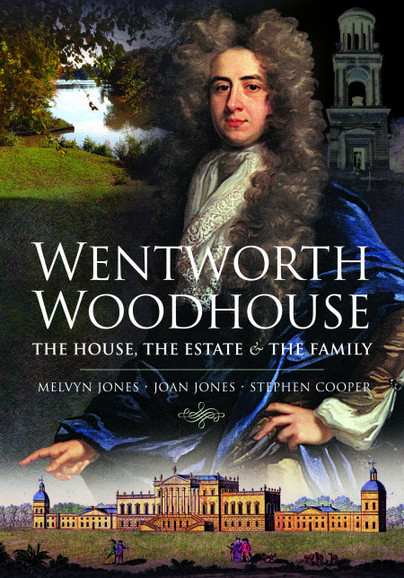 The House, the Estate and the Family

Preorder
Add to Wishlist
You'll be £11.99 closer to your next £10.00 credit when you purchase Wentworth Woodhouse. What's this?
+£4.50 UK Delivery or free UK delivery if order is over £35
(click here for international delivery rates)

It was the home of a knight, a baron, a viscount, two marquises and nine earls. The family had estates not only in South Yorkshire, but also in North Yorkshire, the Midlands and Ireland, at their greatest extent covering nearly 120,000 acres. One head of household was beheaded. Another saw one of the last wolves in the British Isles. One owner built the Palladian mansion at Wentworth, which has the longest frontage of any country mansion in Britain, and was one of the earliest growers of pineapples in this country. One head of family was prime minister. Twice. Another provided financial assistance to more than 6,000 of his Irish tenants and their families to emigrate to Canada during the Great Famine. Another had a christening attended by 7,000 official guests. Yet another bought an ocean liner to go and search for buried treasure in the Pacific.

This copiously illustrated book explores the history of the house, the estate and the family over more than 400 years, drawing on a wide variety of sources, particularly the family records (the Wentworth Woodhouse Muniments) held in Sheffield Archives.

Joan Jones was Deputy Head in a junior school then Senior Lecturer in Education at Sheffield Hallam University. She was an advisor to the BBC on the making of TV programmes for schools. She is co-author (with Melvyn Jones) of Historic Parks and Gardens in and around South Yorkshire (Pen & Sword Books) and Wentworth Woodhouse Gardens: an Illustrated History (Green Tree Publications, 2002).