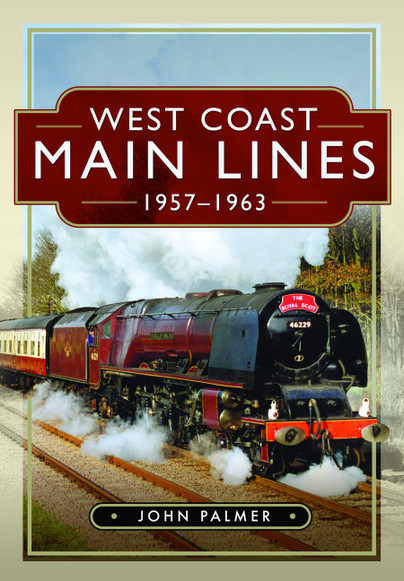 Throughout its length from London to Glasgow via Crewe and Carlisle, with a loop through the West Midlands and spurs to Holyhead,Liverpool and Manchester, the West Coast Main Line has consistently provided interest for those many with more than a passing interest in trains and travel.

This book outlines the history of the route,its physical characteristics and sets the scene for the various passenger and goods traffic flows that sustained it; it then details the arrangements for motive power and train working through the era of change that was 1957 to 1963.

The level of interest - as evidenced daily by the presence at the lineside of hordes of young spotters and other observers - was particularly high at that time as processions of trains hauled by fine express passenger locomotives and those more suited to other traffic passed by. The book also goes 'behind the scenes' to provide insights into the daily and seasonal challenges of managing that section of a wider railway network, as directed by the varying terms of relevant legislation, and a government increasingly concerned to shape the railways for the changing needs of the public, industry and the economy.

The book is illustrated with colour and monochrome images and supported by maps.


Another good book by this author. As well as some excellent photographs unlike some books on railways it includes an excellent history and development over the period covered. Definitely one for the collection