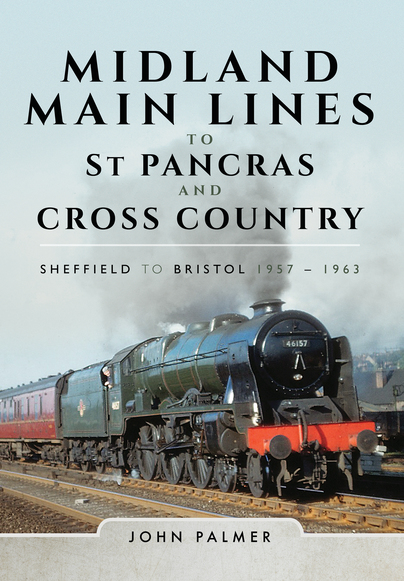 Add to Basket
Add to Wishlist
You'll be £30.00 closer to your next £10.00 credit when you purchase Midland Main Lines to St Pancras and Cross Country. What's this?
+£4.50 UK Delivery or free UK delivery if order is over £35
(click here for international delivery rates)

The history of British Railways in the late 1950s/early 1960s is characterised by change; massive change, as its management attempted to meet statutory obligations against a background of social, economic and political influences.

The Modernisation Plan of 1955 paved the way for the electrification of the route from Manchester to London Euston, with a consequential effect of the Midland route services via Derby needing to be enhanced and improved. That eventually resulted in the arrival of class 7 steam motive power and later also benefitted the cross country Midland route. This book details, year by year, the changes that took place and provides an insight into the reasons why decisions were taken, and how the railway management was faced with a vast range of technological, natural, socio-economic challenges to be overcome, whilst also trying to meet the day-to-day needs of the operational railway.

In addition to tracing the history of the routes, the book includes performance logs of typical journeys along difficult sections, recollections of railwaymen working in various departments and for enthusiasts a list of rare and unusual locomotive workings. The book is profusely illustrated with black and white, as well as colour, photographs and also includes a comprehensive range of maps.

This large volume is aimed unashamedly at trainspotters, past and present. Excellent maps, great archive photos and informative text make it both valued and entertaining.

This book offers a unique picture of railway operation in the period.

A quality product from Pen & Sword and a must for those seeking to be reminded or wanting to know, second hand, what it was like.

'A must for enthusiasts'

As featured in 'New Books' section

An interesting book to understand the advances in the English railway system.