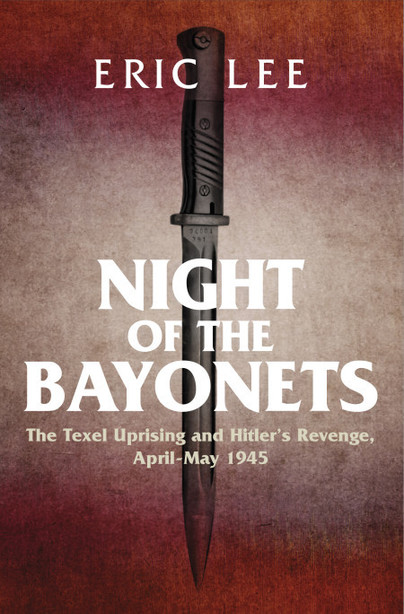 Add to Basket
Add to Wishlist
You'll be £11.99 closer to your next £10.00 credit when you purchase Night of the Bayonets. What's this?
+£4.50 UK Delivery or free UK delivery if order is over £35
(click here for international delivery rates)


The story of Texel's Georgian Uprising is a story I did not know. Eric Lee analyzes well the motivations of the Georgian troops, starting from the history of their homeland before being incorporated into the Soviet Union. At the same time it must be said that that of the Georgian troops was a different revolt from the many carried out (above all that of Prague by Vlasov, the Russian general who joined the Wehrmacht and formed a "liberation" army) with surprising results. What emerges from the book is a truly original story in which several parties (the Germans, the Georgians, the Dutch partisans, the local population) find themselves passing from a state of calm, peace and quiet waiting for the end of the war to one of chaos, death and tragedy. Eric Lee manages to tell this story with masterful balance and the book is really recommended for those who want to deepen a little-known story, the story of the last battles on the western front.

The title reads like a thriller and at times so does the book but this is nonetheless a serious and well researched piece of history. In April 1945, the last full month of WW2, a battalion of Georgian soldiers in the German army, recruited from Soviet POWs, mutinied, murdered their officers and seized the Dutch island of Texel. It took six weeks for the Germans to regain control, battling the mutineers even after the surrender to the Allies, Surprisingly about 200 Georgians survived, sheltered by Dutch civilians.

The story illustrates the role of the Ostruppen in WW2, Soviet citizens recruited into the German army, either freely or to escape starvation in POW camps, without whom Germany could not have found the manpower to fight on two fronts after 1943. The book also gives an interesting account of the changing ways in which the event has been memorialised since 1945.

The title reads like a thriller, and at times so does the book, but this is nonetheless a serious and well-researched piece of history.