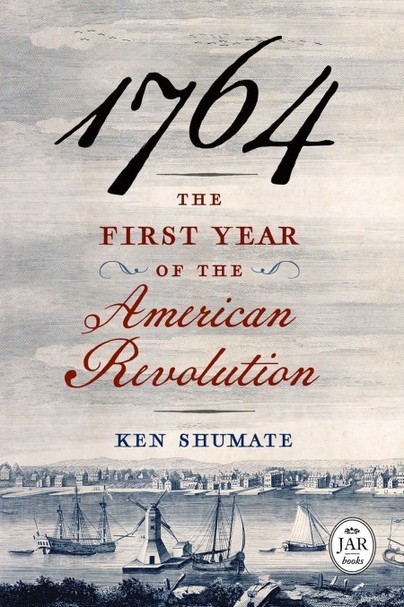 1764—The First Year of the American Revolution (Hardback)

Add to Basket
Add to Wishlist
You'll be £19.99 closer to your next £10.00 credit when you purchase 1764—The First Year of the American Revolution. What's this?
+£4.50 UK Delivery or free UK delivery if order is over £35
(click here for international delivery rates)

The year 1764 is of extraordinary importance to the history of the American Revolution. It was a watershed year in the relationship between Great Britain and its North American colonies.

In 1763, the British began to strictly enforce the laws of trade in order to advance a newly formulated colonial policy that included use of customs duties as a means of drawing revenue from the colonies. Americans early in 1764 protested that the laws being enforced were economically unsound and would be destructive to the trade of the colonies. Despite knowing of the American discontent, British officials moved forward with their new colonial policy. Resolutions made by the House of Commons in March 1764 not only codified a more restrictive trade policy, but revealed a plan to impose direct parliamentary taxation. A resolution to levy stamp duties brought forth a storm of American petitions and essays in late 1764 that constitute the beginning of what has become known as the Stamp Act Crisis.

In 1764: The First Year of the American Revolution, Ken Shumate presents the American arguments against the new British policy. The most prominent protests against direct parliamentary taxation were made by New York, Massachusetts, Virginia, Connecticut, and Rhode Island. Supporting the petitions were thoughtful essays by James Otis, Oxenbridge Thacher, Richard Bland, Thomas Fitch, and Stephen Hopkins. Shumate demonstrates the importance of these petitions and essays, written before the passage of the Stamp Act in 1765, as establishing the constitutional basis for the heated protests of that year and the following decade. The British interpretation of these writings as rejecting the supremacy of Parliament—even the sovereignty of Great Britain—further motivated the need for the Stamp Act as a demonstration of the fundamental right of Parliament to levy such taxes.

KEN SHUMATE is an independent researcher specializing in the early years of the American Revolution, with a particular emphasis on parliamentary taxation. He has written about science, engineering, and software development issues, in technical papers, a magazine column on software design techniques, and five popular books.