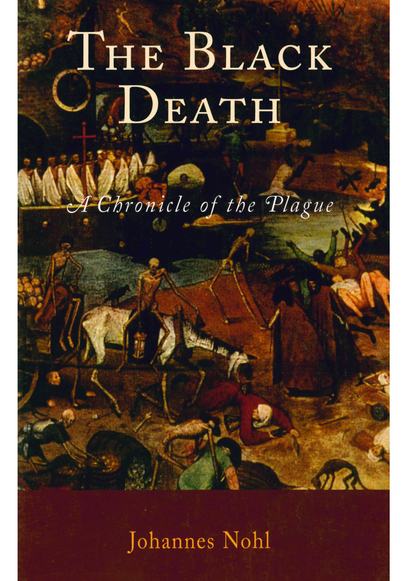 A Chronicle of the Plague

Add to Basket
Add to Wishlist
You'll be £12.99 closer to your next £10.00 credit when you purchase The Black Death. What's this?
+£4.50 UK Delivery or free UK delivery if order is over £35
(click here for international delivery rates)

Hailed by the New York Times as "unusually interesting both as history and sociological study," The Black Death: A Chronicle of the Plague traces the ebb and flow of European pandemics over the course of centuries through translations of contemporary accounts. Originally published in 1926 and now in paperback for the first time, Nohl's volume is unique for its geographical and historical scope as well as its combination of detailed accounts and overarching contemporary views of the history of the plague in Europe, a disease that claimed nearly 40 million people during the fourteenth century alone. With current concerns about pandemics, The Black Death provides lessons on how humans reacted to and survived catastrophic loss of life to disease.

A powerful and thought-provoking book.