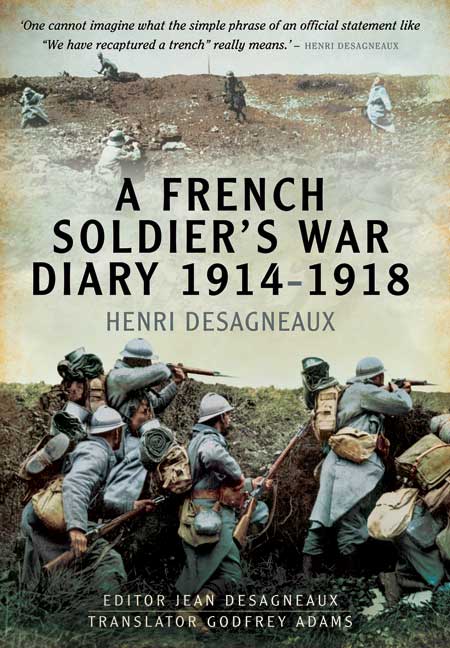 A pattern has been given to the history of the events between 1914 and 1918 which is called the 'Great War'. To Henri Desagneaux and to thousands of others, there was no pattern to be seen from the trenches where he executed orders which ensured that dozens of men had to die attempting to achieve impossible objectives worked out at a headquarters in the rear. His diary, one of the classic French accounts of the conflict, gives a vivid insight into what it was like to execute those orders, and to live in the trenches with increasingly demoralized, unruly and mutinous men. In terse unflinching prose he records their experiences as they confronted the acute dangers of the front line. The appalling conditions in which they fought and the sheer intensity of the shellfire and the close-quarter combat have rarely been conveyed with such immediacy.

One of the finest French accounts of the actual battle in the Great War, and highly recommended by the Indy Squadron Dispatch.