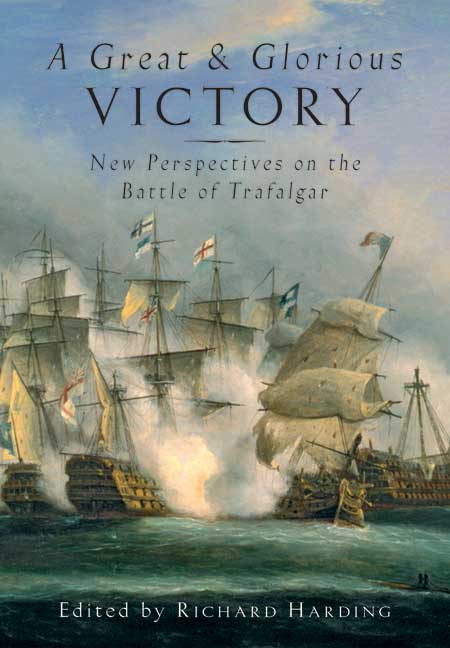 New perspectives on the Battle of Trafalgar

Click here for help on how to download our eBooks
Add to Basket
Add to Wishlist
You'll be £4.99 closer to your next £10.00 credit when you purchase A Great & Glorious Victory. What's this?
Need a currency converter? Check XE.com for live rates

Like the victory over the Armada and the battle of Britain in 1940, Trafalgar has attained the iconic status of a battle that preserved national independence and demonstrated the particular courage and skills of the nation. 'A great and glorious victory' was how Vice Admiral Collingwood described Nelson's defeat of the enemy navies.In October 2005 an international conference was held at Portsmouth and well-known historians and naval officers from around the world gave a series of papers on aspects of the battle. Containing a wealth of new information they are now form the core of this book. Twelve chapters cover every aspect of the battle but also explore important themes such as the the invasion threat, and the British defences against invasion in the years before 1805. Perhaps the most groundbreaking contribution is from the 'Inshore Squadron', a naval war-gaming group, which produced a timeline that is the most accurate yet available and reveals, amongst other things, the precise nature of the ship-on-ship actions. A DVD of the full battle will be available separately. The battle is brought to life in a way which distinguishes it from all the other accounts that have appeared and offers enthusiasts and historians the most up-to-date and important reassessment that is available.

Although short on quantity the book is long on quantity with the most significant feature being the authority provided by the standing of the authors, one of whom provided an article for the NR Trafalgar commemorative issue.

Richard Harding is Professor of Organisational History at Westminster University. He is Chairman of the Society for Nautical Research and a Fellow of the Royal Historical Society. He is the author of a number of books, including Amphibious Warfare in the Eighteenth Century, and the editor of the recently published British Admirals of the Napoleonic Wars.