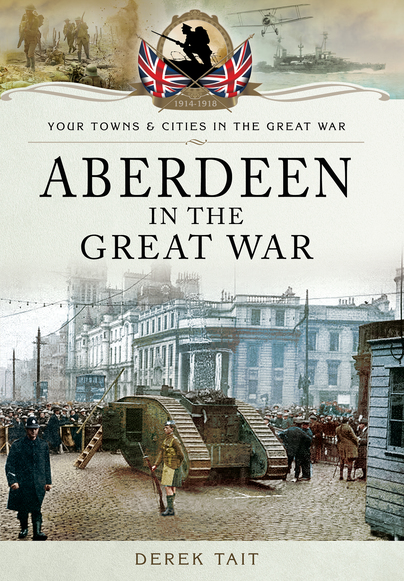 Aberdeen in the Great War (Paperback)

Add to Basket
Add to Wishlist
You'll be £12.99 closer to your next £10.00 credit when you purchase Aberdeen in the Great War. What's this?
+£4.50 UK Delivery or free UK delivery if order is over £35
(click here for international delivery rates)

When news of the war broke out in 1914, nothing could prepare the citizens of Aberdeen for the changes that would envelop their city over the next four years.

The story of Aberdeen in the Great War is both an interesting and intriguing one. The city played a key role in the deployment of troops to Northern Europe and also supplied vital munitions. Local men responded keenly to recruitment drives, and thousands of soldiers were billeted in the city before being sent off to fight the enemy overseas. The city also played a vital role in caring for the many wounded soldiers who returned from the Front.

The effect of the war on Aberdeen was great. By the end of the conflict, there wasn't a family in Aberdeen who hadn't lost a son, father, nephew, uncle or brother. There were tremendous celebrations in the streets as the end of the war was announced, but the effects of the war lasted for years to come.

This is a powerful account of a city that showed great courage and determination in a time of adversity. It ensures that Aberdeen's people, who lived through the four intense years of conflict, are remembered for their immense contribution to the war effort.

The information is drawn largely from the pages of local newspapers, though we are also kept informed of events in the wider theatre of war. It will be of special interest to family historians because it includes reports on local recruits, casualties, decorations and promotions, often accompanied by photographs of the men involved, sometimes with details of parentage, education or career.

It rightly ensures that Aberdeen's people, who lived through the four intense years of conflict, are remembered for their immense contribution to the war effort.

'Derek Tait's book features many forgotten stories of the day and is a powerful account of a city that showed great courage and determination in a time of adversity.'

This book is a poignant and important reminder of the role that this north-east British city had in the Great War, thus drawing the reader to the experience of the city during 1914-18...

The reader is also reminded of the local men who died throughout the war including a boat disaster in the mouth of the harbour, and an extract from the Aberdeen Weekly Journal of September 1916 with photographs of those killed on the Somme. Reminders are given of other important links the city had to the war including the Conscientious Objectors camp at Dyce.

As the author points out, 'the war had been a long and bloody one. Aberdeen had played a major part in the struggle. 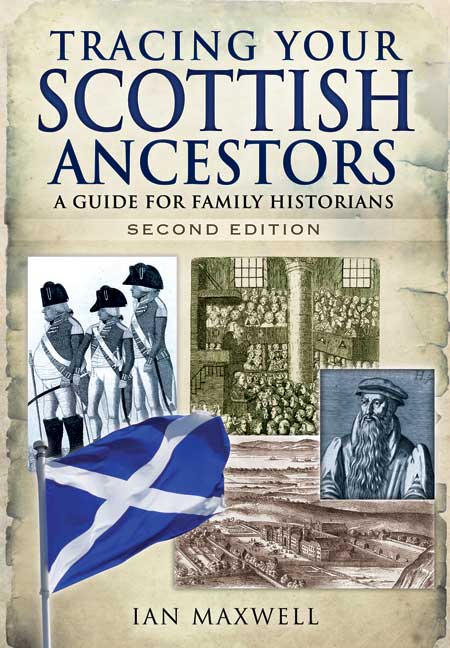 This fully revised second edition of Ian Maxwell's Tracing Your Scottish Ancestors is a lively and accessible introduction to Scotland's long, complex and fascinating story. It is aimed primarily at family historians who are eager to explore and understand the world in which their ancestors lived. He guides readers through the wealth of material available to researchers in Scotland and abroad. He looks at every aspect of Scottish history and at all the relevant resources. As well as covering records held at the National Archives of Scotland, he examines closely the information held at local archives…

Click here to buy both titles for £25.98
More titles by Derek Tait