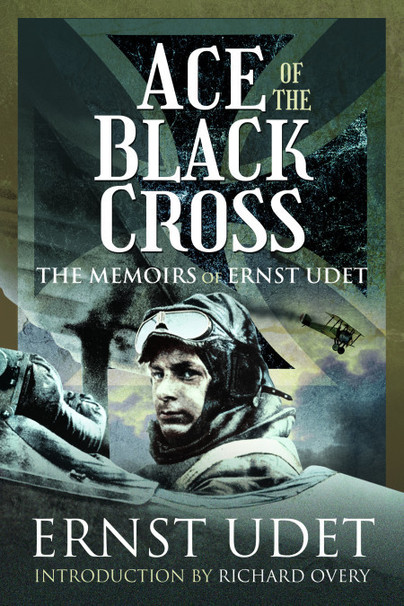 Add to Basket
Add to Wishlist
You'll be £8.99 closer to your next £10.00 credit when you purchase Ace of the Black Cross. What's this?
+£4.50 UK Delivery or free UK delivery if order is over £35
(click here for international delivery rates)

"...suited to generalists unfamiliar with World War I aviation but who would like to gain some insight into early aerial combat."

This book is a 'must have' for any aviation library.

...recommended for its unique first-hand reminiscences, appealing presentation and the quality of its translation.

Udet's writing style is informal, as if you were sitting in a pub with him, having a drink together. His memoir is very informative about life in the fighter squadrons...

This is, as the blurb says, Boys' Own Paper stuff - the precursor of Biggles. A real-life German flying Ace from the same era as the Red Baron. An amazing story!