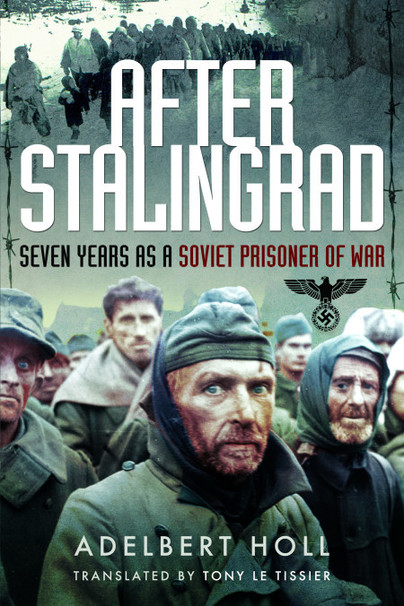 Add to Basket
You'll be £12.99 closer to your next £10.00 credit when you purchase After Stalingrad. What's this?
+£4.50 UK Delivery or free UK delivery if order is over £35
(click here for international delivery rates)

This book is an utterly compelling account of the fortunes of war for the loser. It grips from the first page and must be read with the care and concentration it deserves. The danger was ever that the account of POW slavery in Russia over seven years of captivity could read as a long list of depravations. However the account is written with great insight into the human condition under incredible stresses so that friends become enemies and the most base behaviour becomes normal. That Adelbert Holl had the character and strength to rise above the conditions of hunger, fatigue and disappointment with those he once considered kamaraden is the real story. Recommended.