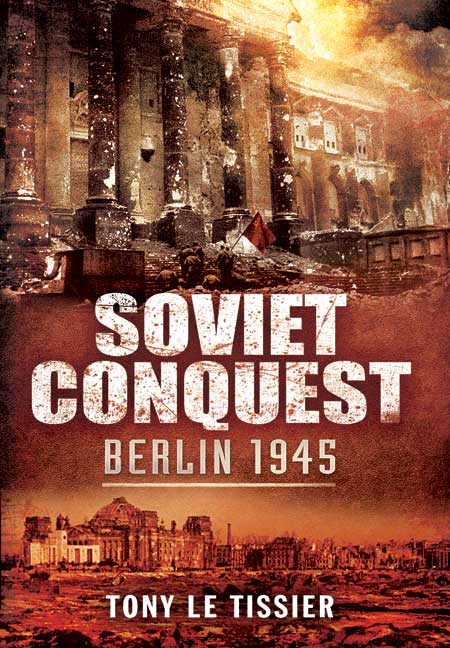 Add to Basket
Add to Wishlist
You'll be £19.99 closer to your next £10.00 credit when you purchase Soviet Conquest. What's this?
+£4.50 UK Delivery or free UK delivery if order is over £35
(click here for international delivery rates)

How did top Red Army commanders see the assault on Berlin in 1945 – what was their experience of the last, terrible battle of the Second World War in Europe? Personal accounts by the most famous generals involved – Zhukov, Koniev and Chuikov – have been published in English, but the recollections of their principal subordinates haven't been available in the west before, and it is their role in the final Soviet offensive that is the focus of Tony Le Tissier's fascinating book. These were the officers who were responsible for the execution of the Red Army's plan for the assault, in immediate touch with the troops on the front line of the advance. They saw most clearly where the operation succeeded and where it failed. Their recollections, publication of which was long banned in the Soviet Union, throw a new light on the course of battle and on the inner workings of the Red Army command in the final phase of the conflict.

Soviet Conquest is fantastic. The accounts are straightforward, engaging and in terms of understanding how the Soviets fought their way into Berlin, it is outstanding and highly recommended.

An interesting and important account of the final battle of the Second World War and seeing an account from the Russian perspective is important to broaden ones view of the war.

An interesting and significant account of the final battle of the Second World War.