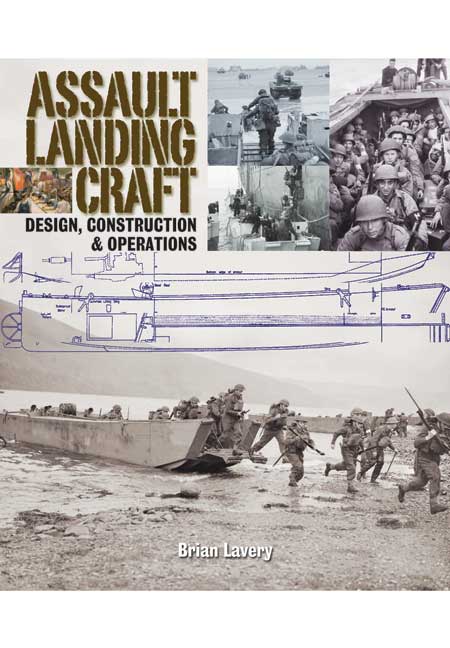 Click here for help on how to download our eBooks
Add to Basket
Add to Wishlist
You'll be £12.00 closer to your next £10.00 credit when you purchase Assault Landing Craft. What's this?
Need a currency converter? Check XE.com for live rates

The landing craft assault or LCA was one of the unsung heroes of the Second World War. It took part in practically every amphibious operation from Norway to Normandy and landed around 400,000 men in action conditions, plus many more in training. It was the only serviceable British landing craft at the beginning of the War, and it remained in service until the Suez operation of 1956. It landed the first waves of infantry on the British and Canadian beaches in Normandy in 1944, and Americans on the notorious Omaha Beach. Its far-sighted design of 1938 remains the basis for the landing craft of today.

This is the first book devoted to this humble but essential craft. It examines its design history before the War, when amphibious operations were deeply unfashionable. It describes its design and construction with plans that will be useful to modellers and wargamers. It includes information on the role of the crew and the techniques and tactics used in landings. It gives an account of the larger ships which carried it and the life of the sailors and soldiers who travelled in it, with many vivid personal accounts. Finally, it describes its role in the many operations in which it took part, including withdrawals such as Dunkirk and the catastrophic Dieppe raid of 1942.

It is interesting and instructive that such a distinguished maritime historian as Brian Lavery has produce a book on such humble vessels as landing craft. We are fortunate, though, that he did. Small and humble, indeed disposable, they may be, buy they have been incredibly important in twentieth century naval operations.

Assault Landing Craft is quite acceptable and is suited to the interested layman. The sections that focus on design, technique and certain operations make it a valuable reference for the interested practitioner, for whom it is highly recommended.